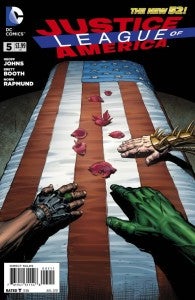 Over at the DC Comics blog, the publisher have posted a spoilery preview of Justice League of America #5, and it's...well, you can see for yourself below, but suffice it to say it plays a bit with what fans thought they knew after last month's issue, in which Catwoman took a bullet to the head courtesy a mysterious figure. This month, we seem to get a confirmation that it's The Outsider--or at least that's how it looks to us, although we'll admit we're predisposed. Don't feel left out, though; a fan-favorite theory seems to have got some confirmation, too... Check out the solicitation information below.

With Catwoman presumed dead at the hands of the Secret Society, the Justice League of America is bringing the fight right to their doorstep! As a ferocious battle rages in the Secret Society's headquarters, The Martian Manhunter confronts its mysterious leader in an attempt to uncover his shadowy past and to discover the Society's sinister motives. But what secrets will be discovered? And how will this impact the looming Trinity War? Written by the legendary Geoff Johns and featuring incredible art from Brett Booth and Norm Rapmund, JUSTICE LEAGUE OF AMERICA #5, in stores tomorrow, also includes a backup story written by Matt Kindt and illustrated by Manuel Garcia and Robin Riggs. 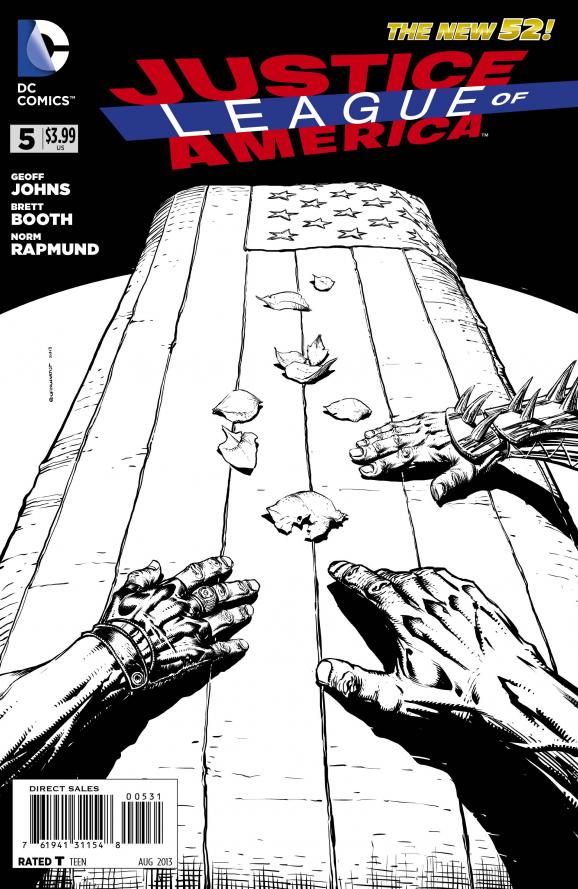 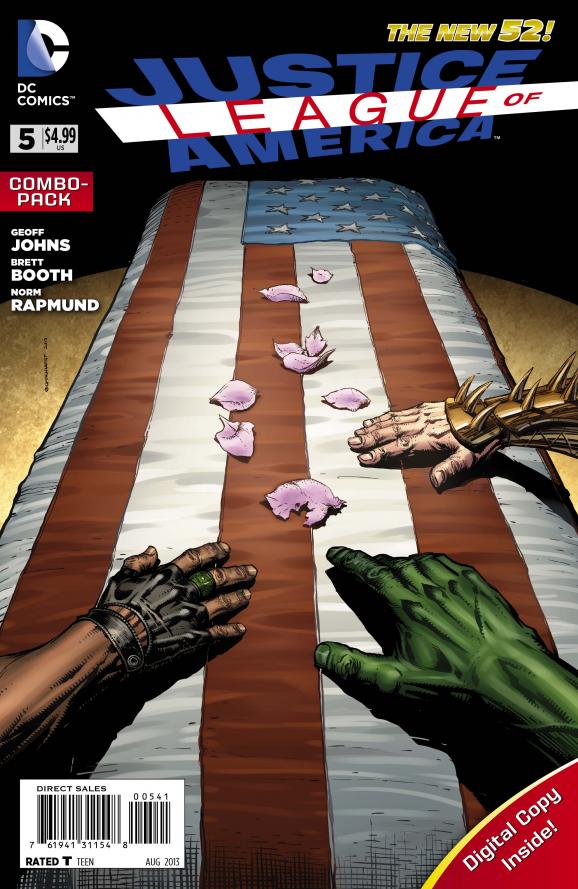 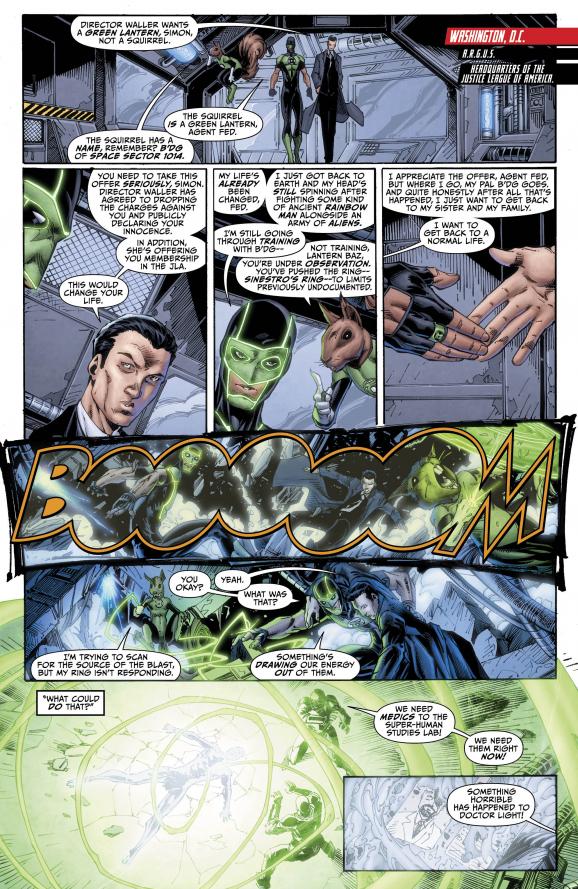 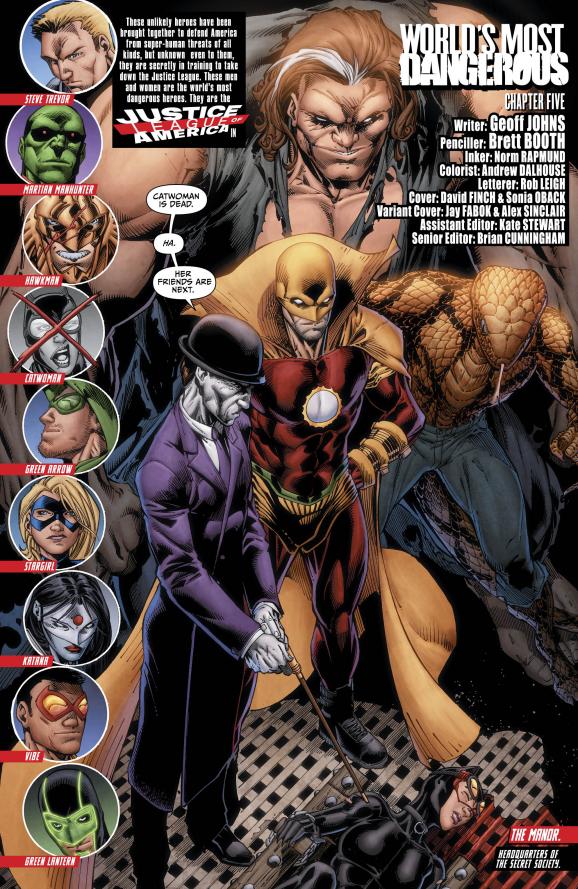 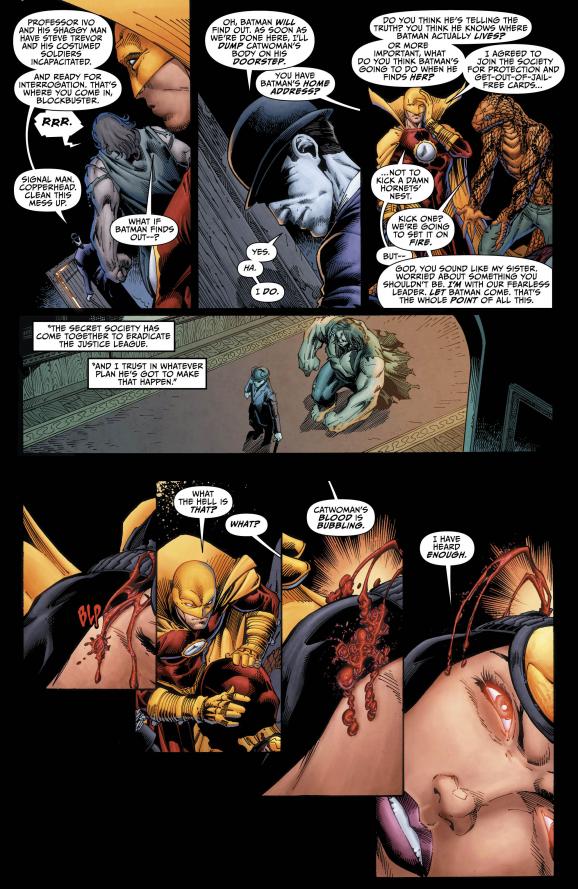