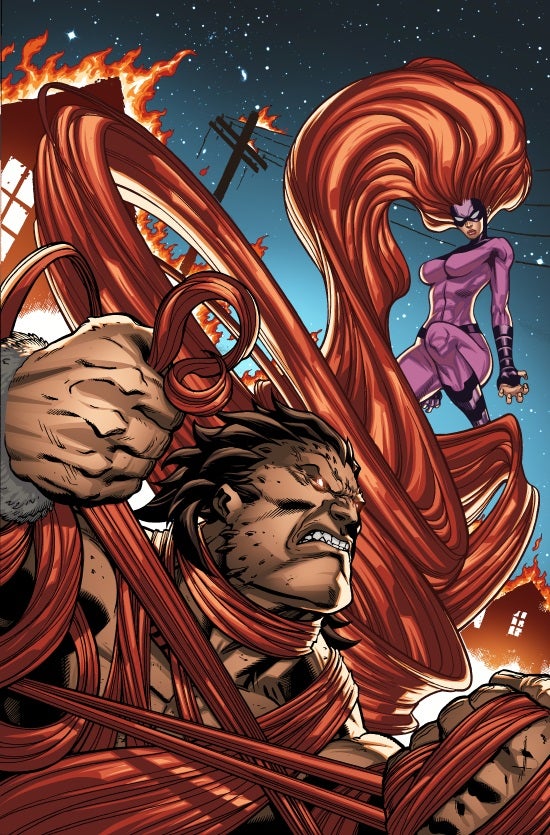 Today, writer Charles Soule and editor Nick Lowe held a live chat discussion about Inhuman, the new series following the story of the Inhumans after the Terragenesis event at the conclusion of Infinity "The Inhumans are almost a mythological creation," Charles Soule said. "Just the idea of being an ordinary person until you're exposed to this catalyst is neat. You can be a random person walking along the street when a cloud comes along and changes your life forever." Soule said that the series would focus a lot on the Inhuman royal family, but would also be "taking a street level approach, which we don't often see with the Inhumans" Joe Madureira has been confirmed as the artist for the first three issues of the series "Joe Mad is doing incredible work," said Soule. "He really likes drawing Medusa's hair, and I would too. He's one of the best designers in the business and it blows my mind that I'm getting to work with him on this." 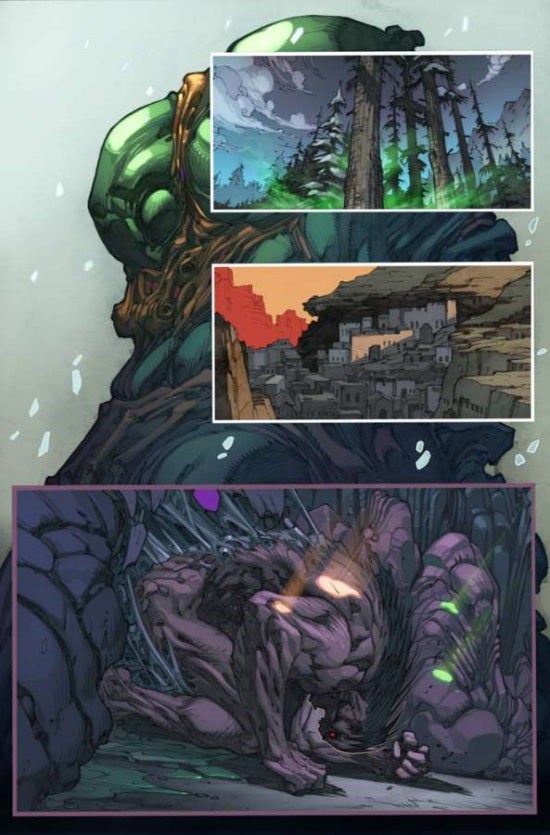 "Joe Mad doesn't draw just anything," added Nick Lowe, "it has to be something special." Lowe said that the sudden shift of focus onto the Inhumans is part of a larger plan at Marvel to make sure that all of their characters get some time in the spotlight over the years. "Ever few years, we like to put the focus on characters who haven't gotten as much," said Lowe "You saw it years ago with New Avengers, you saw it last year with Guardians of the Galaxy, and you're going to see it again now with the Inhumans." Soule said that the Inhuman queen, Medusa, will really get a chance to shine in Inhuman. "Medusa has turned out to be a fascinating character to write," said Soule. "She's a queen in exile, removed from her power base. She can stand on her own, but having Black Bolt there didn't hurt. Attilan blew up and there are new threats. She's trying to pull together the pieces, locate her husband and find out why he did this, deal with emerging threats from new Inhumans and existing factions--she's got a lot on her plate…Medusa has many items on her agenda, and one is locating the Alpha Primitives. They are still her subjects." 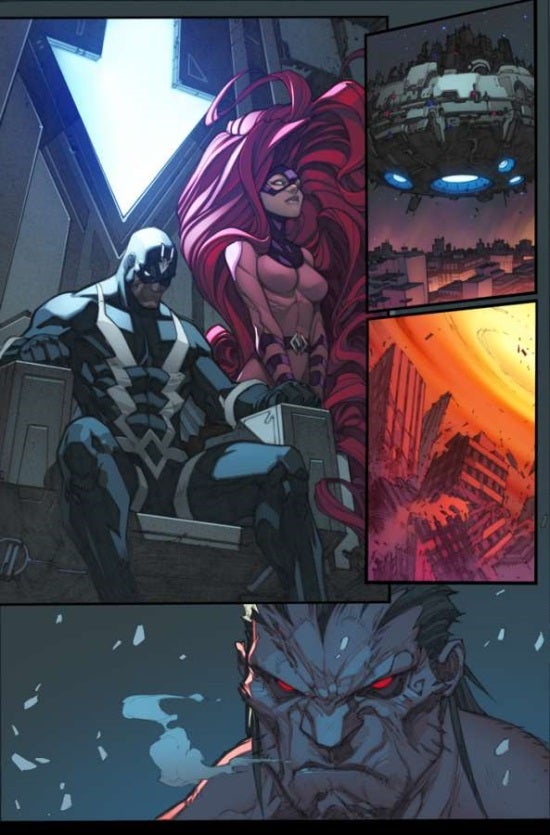 Soule and Lowe also revealed that new villain named Lash would be making his debut in Inhuman #1. "Lash is a hidden Inhuman who did not live in Attilan and is emerging now," said Soule. "He lived in the town where Thane was found in Infinity. That society is one of the things I've been developing. That city could not do the Terrigenesis ritual, they could only grant it to some people who they thought would have useful powers. It was almost religious. Lash finds Inhumanity to be heretical. He's a tough dude. His power allows him to change energy from one form to another, like fire to light. He's dedicated and believes he is right." "Medusa will be measured in a very large way by Lash," added Lowe Another antagonist named Inferno, featured on the cover of Inhuman #1, will also be making his debut. "Inferno was a regular dude who everything changes for," said Soule "That can be a good thing or a bad thing. Inferno has powers like the Human Torch, but no control over them. He could burn himself to a cinder and die unless he figures this out." 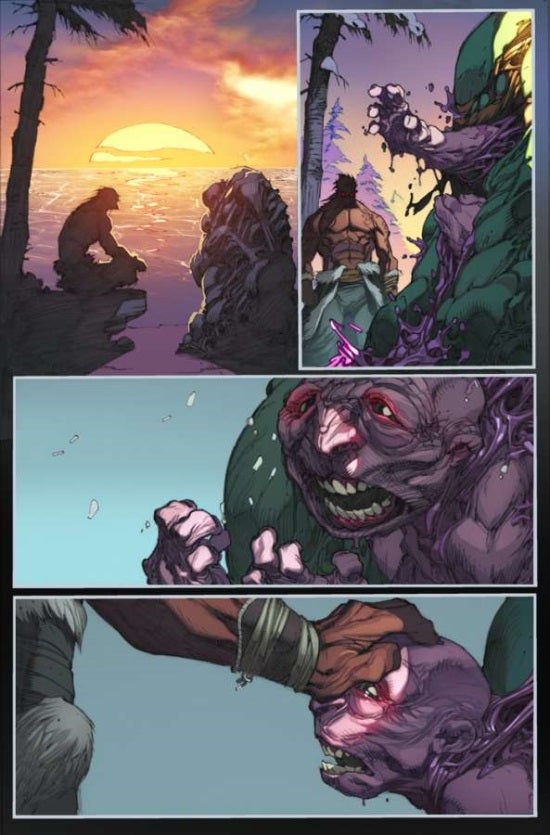 Adding to the long list of new characters is another Inhuman named Reader. "Reader's Inhuman ability is that anything he reads he can make real," explained Soule. "If he reads the word 'fire' everything lights on fire. The society he grew up in realized he was dangerous and blinded him. He has strips of paper with braille on them around his waist that he'll pull out and use as a weapon. He wander the Earth looking for new Inhumans like Inferno." Lowe and Soule went on to explain that those would hardly be the only new characters we'd meet in the series, as the Terrigen Mists have created many new Inhumans. "These characters will come from all over," said Lowe. "We've got one from New Orleans in the first issue, another from Chicago." "Since a lot of these characters are new, you don't know what's going to happen," said Soule. "If you see Iron Man, you know he's probably going to survive the story. You don't know that with these guys." 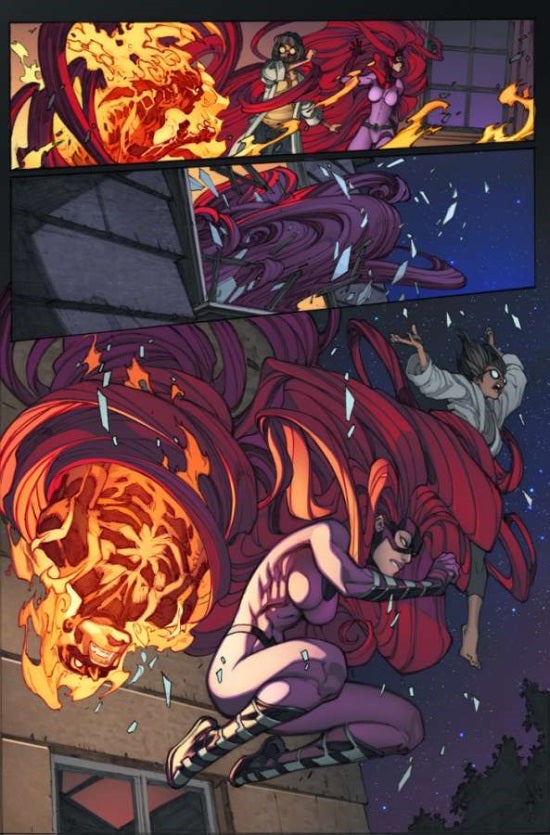 "I'm bringing back a character named Lineage who I introduced in Thunderbolts #17," Soule continued. "His line of ancestry is all present in him and manifest all over his body as little faces. He has knowledge to all of Inhuman history and becomes a power broker. He's a one man faction. There will be a corporation that has been run by an Inhuman for years and years. They're looking for a new head of their group. The biggest faction of all is the new Inhumans. Young, old, men, women--you name it. They outnumber everybody." When asked about what makes an Inhuman different from a mutant, Soule said that it has a bit to do with perception. "Public perception of Inhumans is a large part of the series," Soule explained. "As far as what that perception is, it's interesting. Mutants appear at puberty; if you're not a mutant when you're a teenager, you won't be. If you're an Inhuman, you could be 90 and your life could change. Some people are terrified by this, others see it as an opportunity. Some people want to be Inhumans." Soule said that the Game of Thrones analogy that has been used to describe the series is pretty apt. "It's constantly evolving," said Soule "Since this project was announced, the 'Game of Thrones' analogy has been out there and it's not inaccurate. Medusa will be central as will a core group of heroic new Inhumans. The antagonists will vary. Lash is one. There's a great character called the Unspoken who was king of the Inhumans before Black Bolt. Medusa is the axle around which the story turns, but the spokes around her are all very interesting." 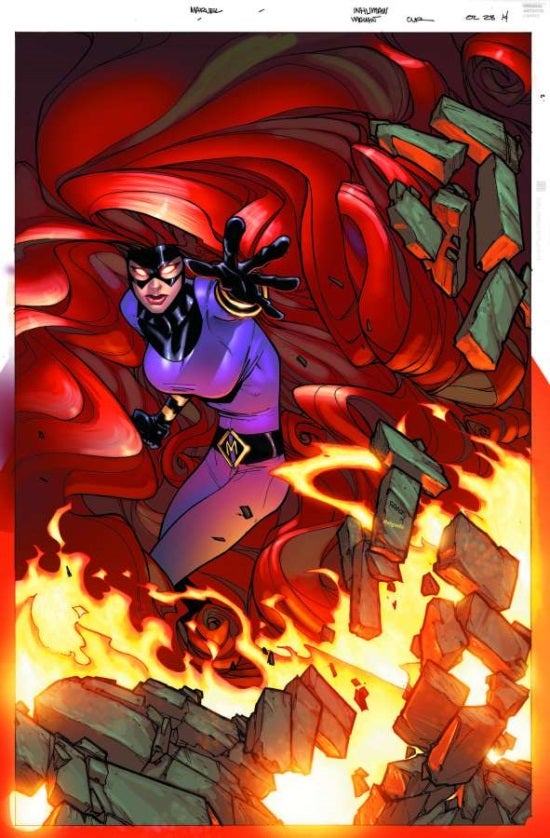 Inhuman #1 will hit the stands April 2.