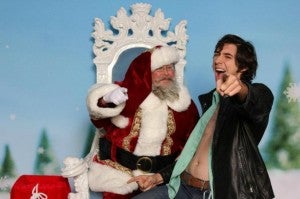 No, we're not talking about Powers--Chronicle director Max Landis has reportedly sold a new series called Vigilant to Fox, which revolves around a 20-year-old woman who takes on a costumed identity to tackle police corruption. Landis and his producing partner Howard Gordon (of Homeland fame) have received a script plus penalty order, according to The Hollywood Reporter, which essentially means that once Fox gets the script, they will have to pay a fee to the pair if they don't develop the series further. According to THR, "After an honorable veteran detective is brutally coerced into working for the corrupt head of Internal Affairs, the detective's daughter plans her revenge by creating a fictional vigilante persona to take on the criminal elements within the police department and the city." It sounds a bit like it could have been an Elseworlds version of Jim and Barbara Gordon, frankly, and should the show fail to go forward, maybe Landis can sell it to DC...provided they aren't still stung by his scathing Death of Superman film.