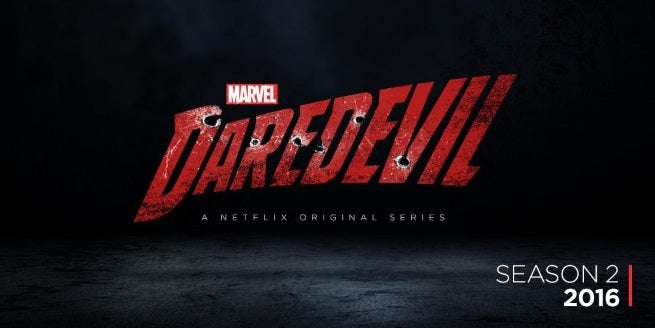 UPDATE: Marvel's Ryan "Agent M" Penagos has clarified on Twitter that the image is actually not the official logo for Daredevil Season 2, but a promo piece specifically designed for the Punisher casting announcement. Original article follows.

Netflix has revealed a new logo for Marvel’s Daredevil season 2.

The new Daredevil logo is riddled with bullet holes, and came attached to the twitter message, “Frank Castle is coming to Hell's Kitchen. Those who stand in his way shall be punished.”

Frank Castle is coming to Hell's Kitchen. Those who stand in his way shall be punished. Story: https://t.co/Aa8VVXbYbW pic.twitter.com/ReODBpKICD

The image was released just after Marvel announced that Jon Bernthal will be playing the Punisher in Daredevil Season 2.

Daredevil Season 2 will premiere on Netflix in 2016.