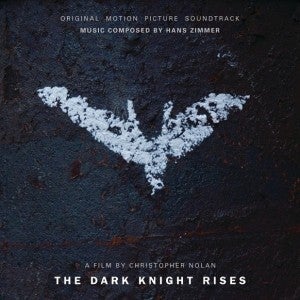 Hans Zimmer is indisputably one of the great composers working in American film today, and his upcoming score for director Christopher Nolan's The Dark Knight Rises is being awaited with high expectations as the culminating event in a series of great film scores that launched over five years ago with Batman Begins. Now, thanks to Amazon and MTV News, eager fans can get a listen and see what each track on the upcoming soundtrack CD sounds like before it hits stores on July 17. According to the MTV article, Zimmer incorporated fan-recorded chanting from all over the world in the music this time around, tying into the theme of an uprising of common people that Bane and Catwoman will be leading in Gotham City. In what might be a little bit of foreshadowing, the final track--titled "Rise"--begins as the swelling, triumphant score used in Batman Begins but descends into the music played at the death of Bruce Wayne's parents. If rumors are true and either Bruce or someone close to him dies in this film, this might be a denouement song played during a sequence that shows Bane defeated, for instance, but the surviving cast coping with the loss. Check out the previews below and let us know what you think. The Dark Knight Rises soundtrack will be in stores July 17, three days before The Dark Knight Rises hits theaters.