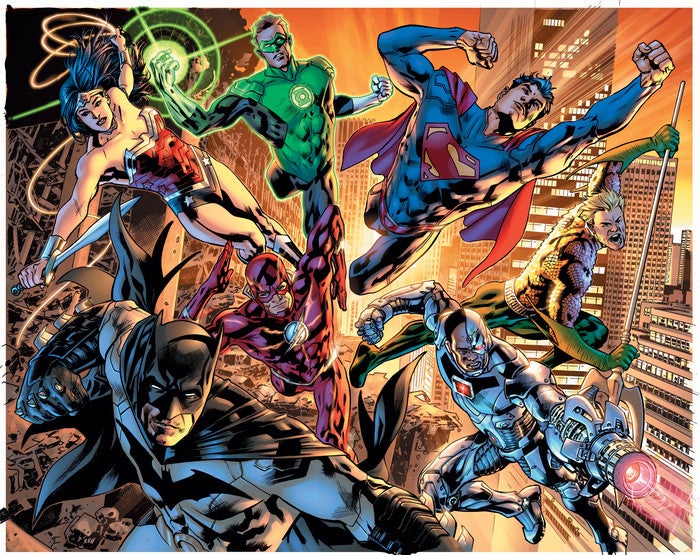 The publisher will sell 10 variant comics during the convention, all of which are for title that hit stands in June for DC's "Divergence" event. Additionally, DC will host several panels with appearances from Grant Morrison, Geoff Johns, Marc Guggenheim, Andrew Kreisberg, and more.

You can check out DC's full announcement below, and all 10 variant covers in the gallery.

Fans will get to hear directly from the best comic talent in the industry at a slate of panels over the four-day pop culture celebration. DCE panels include:

• From iconic characters to emerging heroes, the expansive DC Universe allows for a wide range of tonalities and a rich universe of stories, enabling readers of all ages and interests to find their favorite series. Meet the top talent behind some of the most celebrated series including SUPERMAN's new, award-winning writer Gene Luen Yang, BATGIRL artist Babs Tarr and writers Cameron Stewart and Brenden Fletcher, and BIZARRO writer Heath Corson, among others. Plus, get an advanced look at the highly-anticipated series CYBORG with writer David Walker ahead of its debut in July. Get ready for the New DC Universe with these panels: "Mysteries in Space" on Thursday, "Superman," "Justice for All," and "The Bad Guys" all on Friday, and on Saturday "The Lighter Side," "Batman" featuring all-star creative team Scott Snyder and Greg Capullo, and "The Upstarts" featuring the most cutting-edge writers and artists in the industry.

• Join superstar JUSTICE LEAGUE writer Geoff Johns for an all-access and in-depth discussion. From Earth One to Darkseid War to all things in between, be here for this exclusive panel that will give you insight into one of the genre's most influential contributors. DC Entertainment – One-on-One with Geoff Johns – Friday

• Find out where some of your favorite Vertigo titles are heading, and also be the first to hear about the new series on deck for the fall from comics' most innovative imprint. Vertigo: What's the Story – Thursday

• See what "The Usual Gang Of Idiots" at MAD Magazine are up to at the side-splitting, must-attend annual panel helmed by SVP and Executive Editor John Ficarra and a hilarious cast of characters.Mad about MAD – Thursday

• Check out the latest action figures, statues, props and more from the creative minds of DC Collectibles and get an exclusive sneak peek at upcoming releases. DC Collectibles –Thursday

Make sure to stop by DCE's 4,500 square foot booth (#1915) - the hub for DCE talent signings, hands-on video gameplay, and artist demos, where attendees will have a chance to mingle with some of the best writers and artists in the business. Fans will also get a chance to take photos with their favorite characters with the DCE green screen.

Will you check out any of DC's panels? Let us know in the comments!

Avatar The Last Airbender Will Return This Year With Azula Story