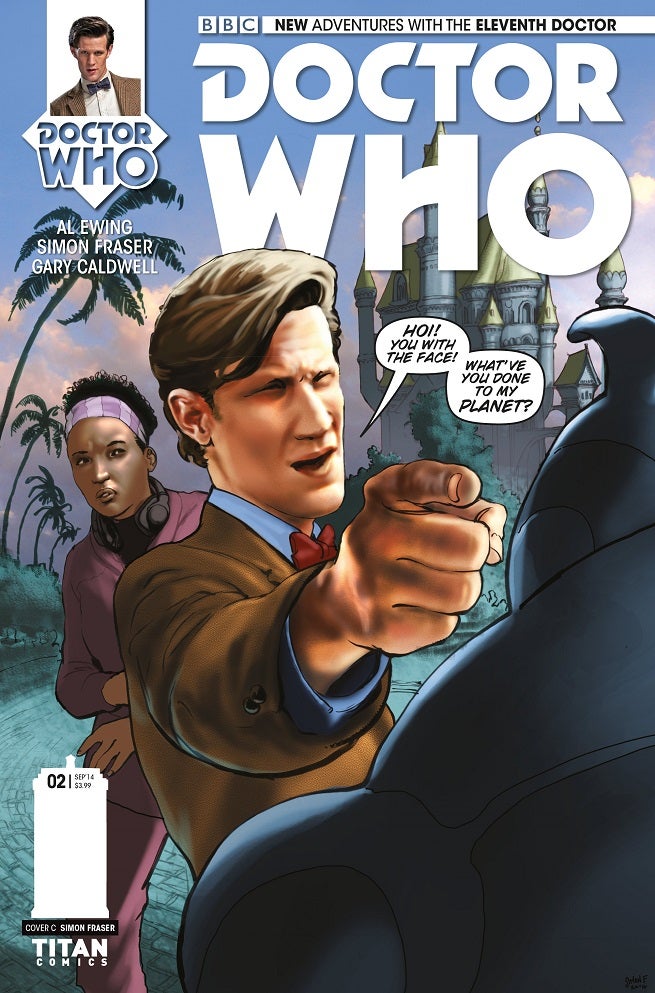 Titan Comics have released a preview of next week's Doctor Who: The Eleventh Doctor #2, out from Al Ewing, Simon Fraser and Gary Caldwell.

You can check it out, along with the official solicitation text, below. 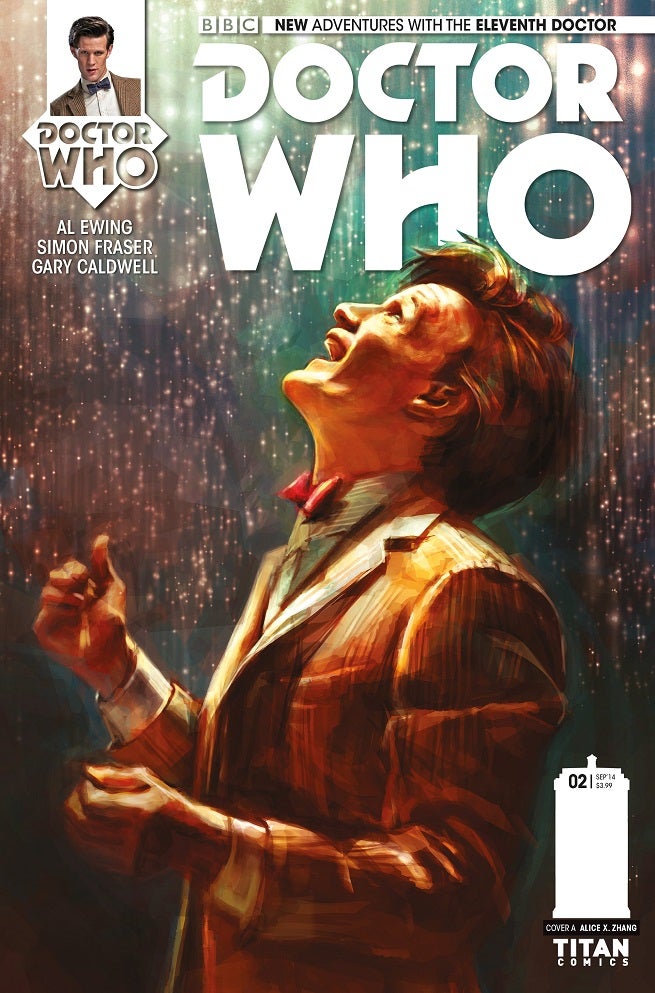 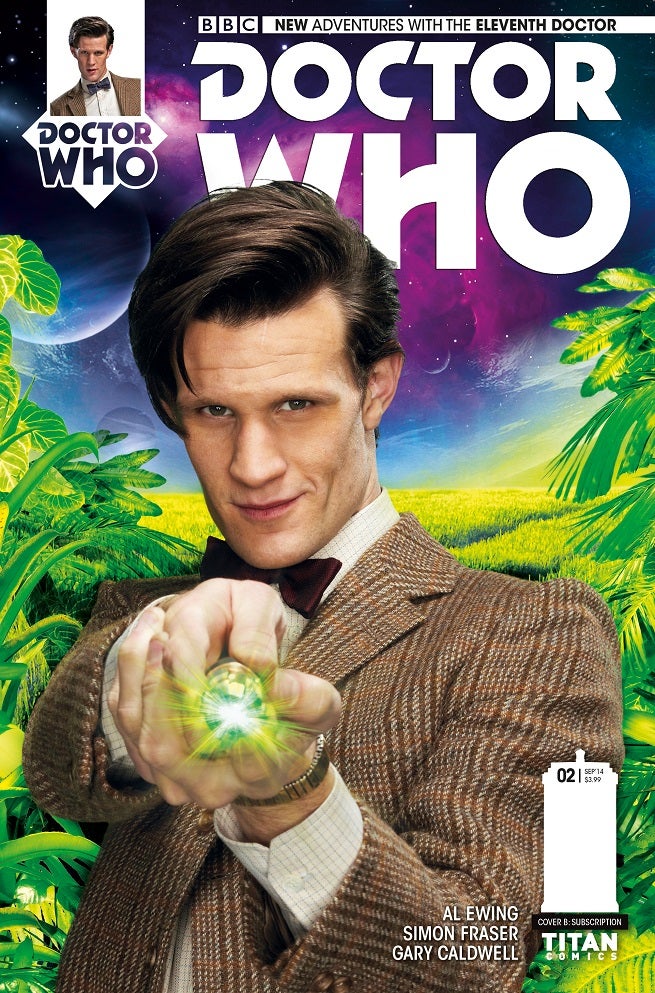 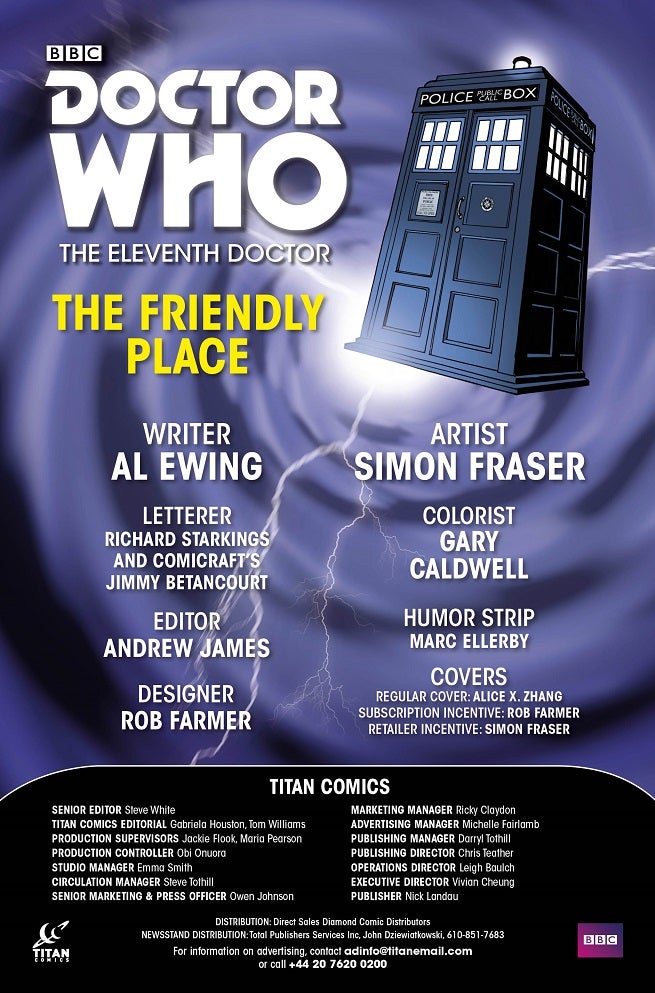 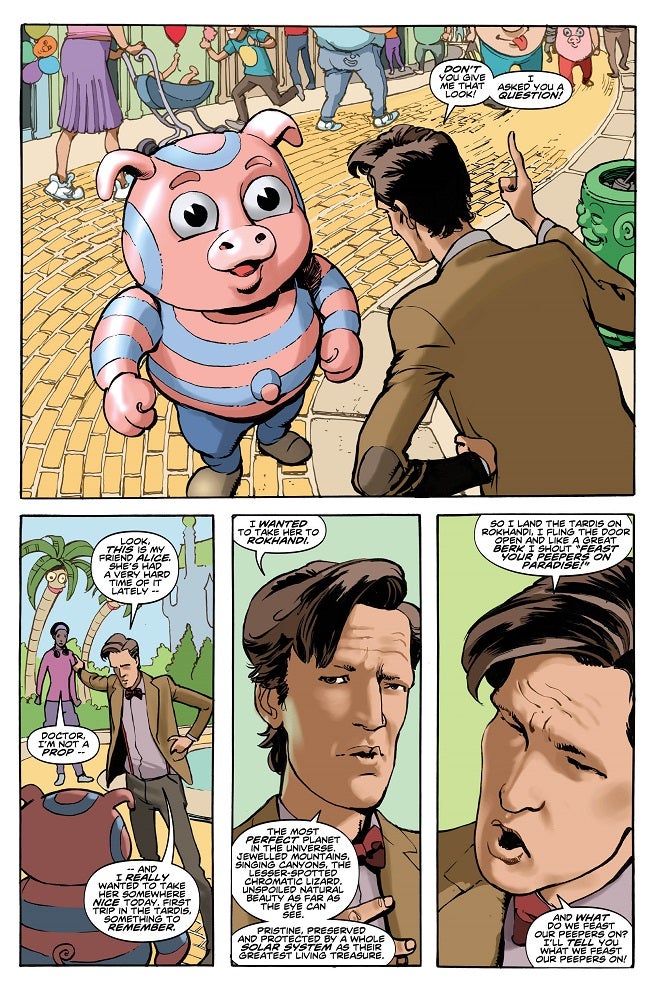 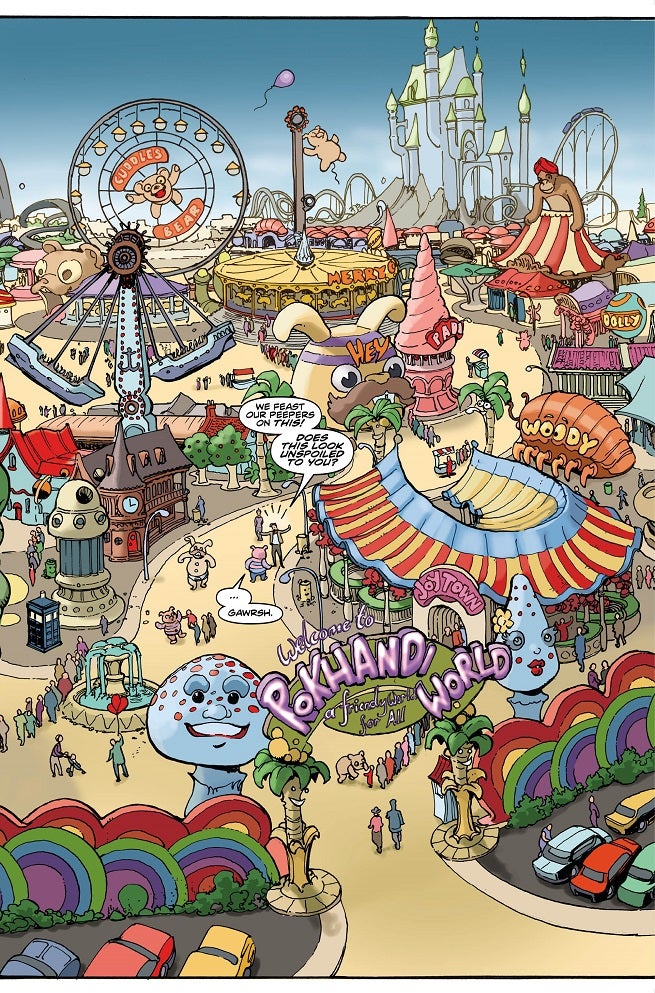 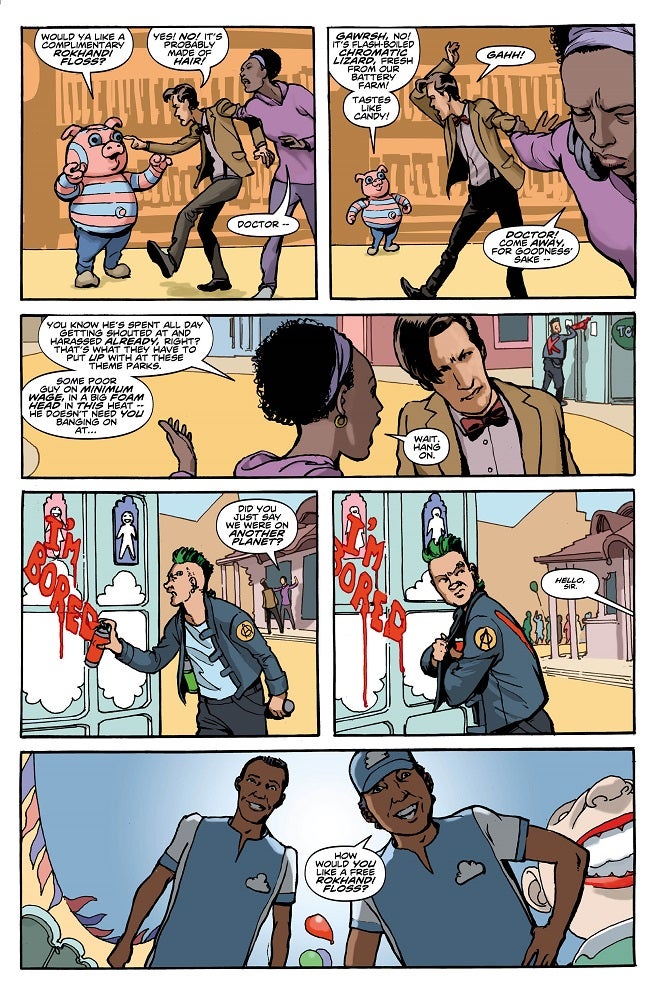 THE ALL-NEW ADVENTURES OF THE ELEVENTH DOCTOR CONTINUE, AS TERROR STRIKES A RECESSION-HIT PARADISE!

When the Doctor last visited Rokhandi, it was a planet of such stunning natural beauty that an entire solar system had sworn to preserve it. What better place to take new companion Alice Obiefune on her first off-world adventure?

And it would have been a magical vacation… if the TARDIS hadn't overshot by fifty years. Now the austerity-hit pleasure planet has become a 'theme safari' corporate hell, overrun by eerie, giant-headed mascots and a trillion tramping tourist feet!

But there's something more sinister at play than rampant commercialism and ecological devastation… and the Doctor and Alice need to uncover all of Rokhandi's long-buried secrets if they're to escape with their lives!

Writer Al Ewing (Loki: Agent of Asgard) and artist Simon Fraser (Grindhouse) request that you have a nice day, whichever system you're from. We hope to SERVE YOU again in the future!