For comic book fans these days, it's good to be bad. Over the past year, a number of new series have launched starring the likes of such supervillains as Loki, Magneto and Sinestro. The Suicide Squad – a team of villains who work for the government in exchange for their freedom from incarceration – have been revived for another series and are slated to star in a 2016 film from DC/Warner Bros. And the surprise hit and critical darling of 2013-14, Marvel's the Superior Foes of Spider-Man, a comic about such "D" list characters as Boomerang, Speed Demon and Overdrive, has published its last issue this month.

With so many books about the bad guys to choose from (don't forget about the two Axis miniseries starring the Hobgoblin and Carnage), the timing feels right to take a stroll through the annals of history and highlight the very best comic book series about villains. For the purposes of this list, we looked only at ongoing series where the villains were the undisputed stars – so no minis/limited series and no books where a villain co-headlined with a hero. Also, bonus points were given for books about bad people doing bad things. 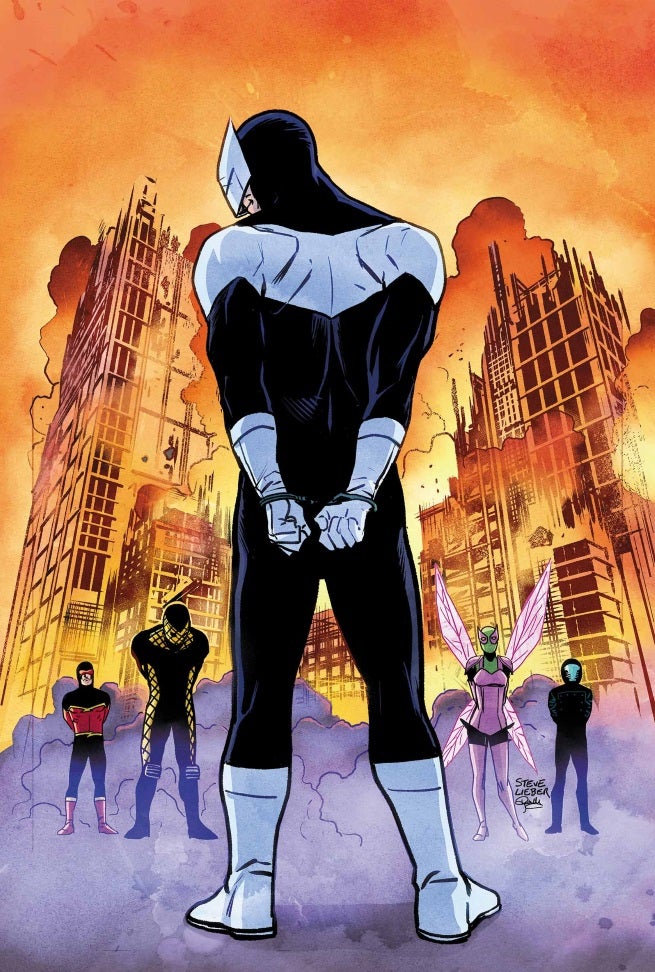 The guest of honor for the purposes of this list, time will tell what kind of legacy the Superior Foes of Spider-Man will end up having. But in terms of present-day impressions, this series, which focuses on an assortment of "D" list (at best) Spider-Man villains with Fred "Boomerang" Meyers at the lead, has consistently been one of Marvel's best reviewed books since its 2013 debut. While creators Nick Spencer and Steve Lieber were undoubtedly inspired by the scatological, indie vibe of Matt Fraction's Hawkeye, Superior Foes also managed to go in its own direction in terms of developing a highly entertaining caper plot involving a bunch of bungling idiots trying to take down some of the Marvel world's most deadly crime bosses.

And then there's the disembodied head of Silvio Silvermane, former head of the Maggia crime family. This guy, right? 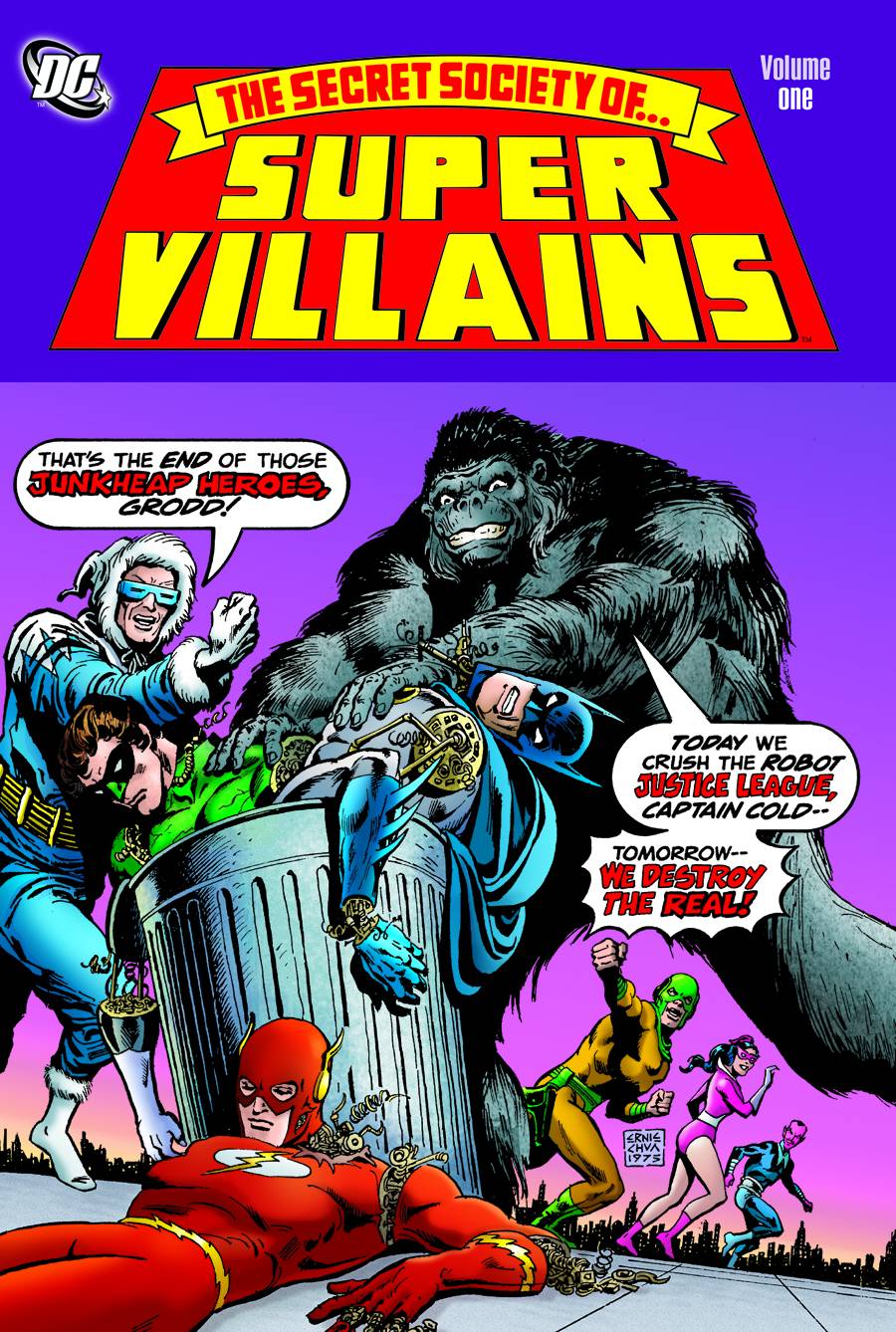 5. The Secret Society of Super Villains

A forerunner of sorts for the Superior Foes concept, this mid-1970s series as created by Gerry Conway and Pablo Marcos is among the very first comics to star supervillains – in this case a makeshift group of rogues such as Clayface, Gorilla Grodd and Captain Cold, as assembled by Darkseid. However, the society eventually turns on their master when they come to the consensus that perhaps they shouldn't be aiding someone's whose life goal is to enslave humanity. Keeping with the book's lighter tone, the series is notable for reintroducing Captain Comet for the Silver Age, and having him align with the society after he misinterprets a battle between Grodd and Green Lantern.

Conway scripted most of the original series, though the book was plagued by production delays and a rotating cast of artists. From there, it was ingloriously canned after 15 issues in 1978 as part of the DC "Implosion," when more than two dozen different series were cancelled without notice. Still, the series lives on in some critical circles as a "guilty pleasure" read, and the society concept has been resurrected multiple times over since the book's cancellation. 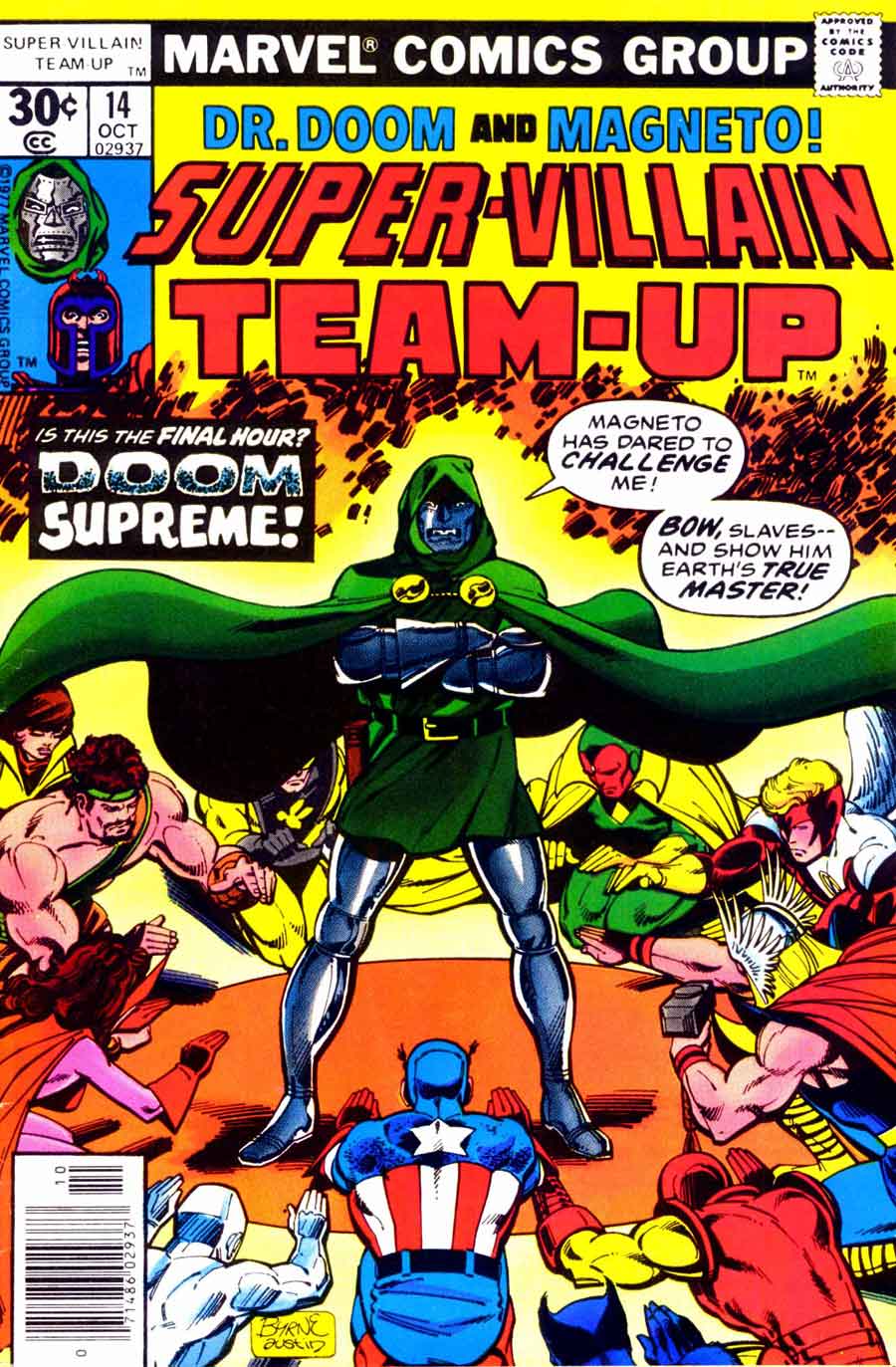 Leeching off the popularity of Marvel's flagship team-up book, Marvel Team-Up, which centered on two heroes (usually Spider-Man and someone else) joining forces against a common foe, in 1975 the "House of Ideas" launched Super-Villain Team-Up. Like MTU, the book featured a rotating set of creators, though through the first 13 issues paired off Doctor Doom (who had been co-headlining the series Astonishing Tales with Kazar for a short while in the early 70s) with Namor the Sub-Mariner. Oddly enough, Marvel promoted SVTU #14 as the "final" issue of the series, a collaboration of Doom and Magneto, only to resume publishing more than a year later with an Astonishing Tales reprint. A year later, SVTU #16 was published with a new Red Skull and Hate Monger story and a year after THAT the true final issue was published (another Skull/Hate Monger tale). Reportedly, Marvel irregularly published the final three issues as a means to prevent the "Distinguished Competition" from trademarking the term "super-villain."

In addition to the bizarre printing schedule, the series is notable for introducing the Shroud, a character Steve Englehart created as a pseudo-Batman type. Fans desperate to read this entire run can pick up the Essential Super-Villain Team-Up, which contains all 17 issues and some of the Doom-led Astonishing Tales comics. 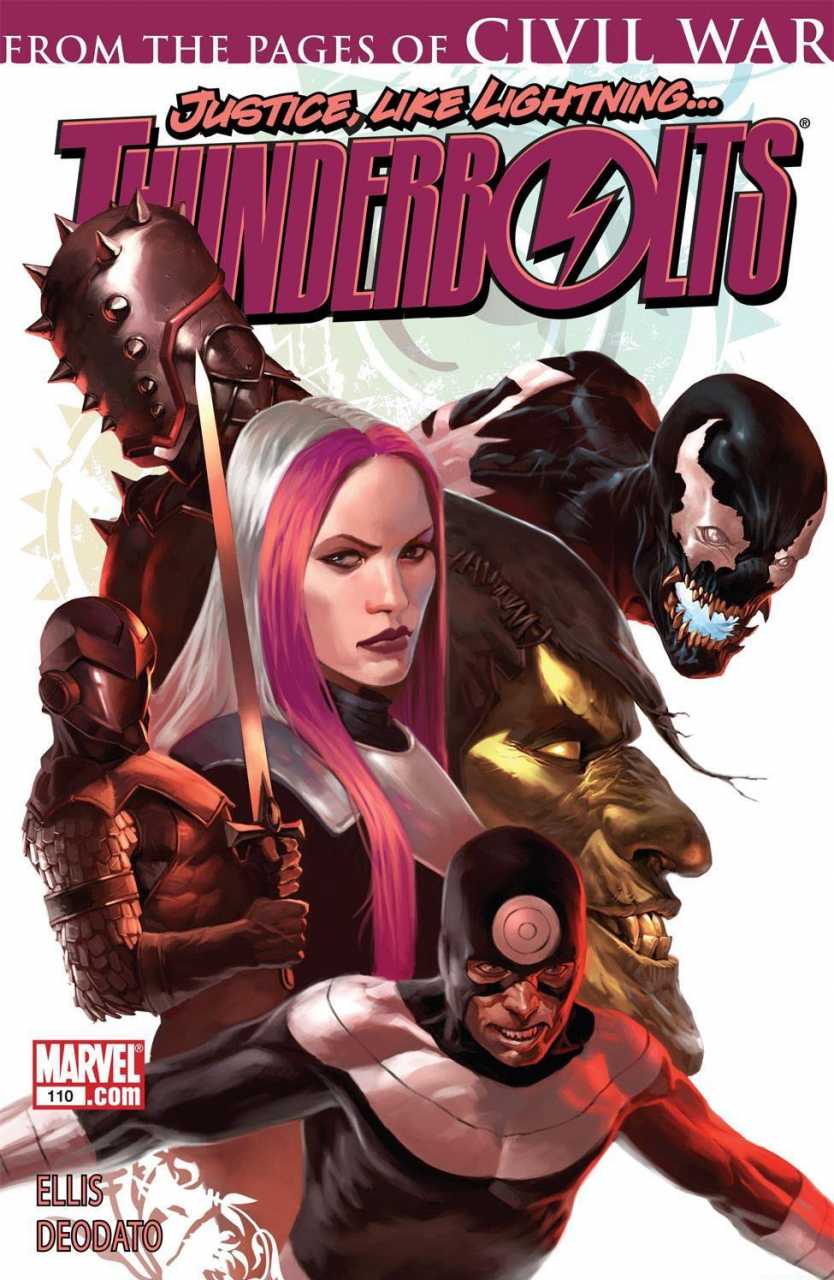 The inaugural issue of the Thunderbolts, as created by Kurt Busiek and Mark Bagley in 1997, features one of the greatest plot reveals in modern comics history. In this story, the reader is introduced to a new team of heroes, the Thunderbolts, who emerge in the wake of the deaths of the Fantastic Four and the Avengers during the "Onslaught" event. As it turns out, the leader of the Thunderbolts is actually Baron Zemo, while his other teammates are former members of the Masters of Evil supervillain stable.

Still, as wonderful as it is, the Busiek run is best known for depicting how these once evil characters try to reform themselves. Not the strictest definition of a supervillain book.

That would change come the mid-2000s when Warren Ellis's dark mind started scripting the series and shifted its focus to a Norman Osborn-led group of villains that hunted down unregistered superheroes post-Civil War. While Osborn spends the bulk of the series trying to convince the public that the Thunderbolts are the good guys, Ellis depicts the former Green Goblin losing his sanity, culminating with one of the most sadistically hilarious monologues in comics history (needless to say, Osborn talked about how his old green suit smelled of death and blondes). 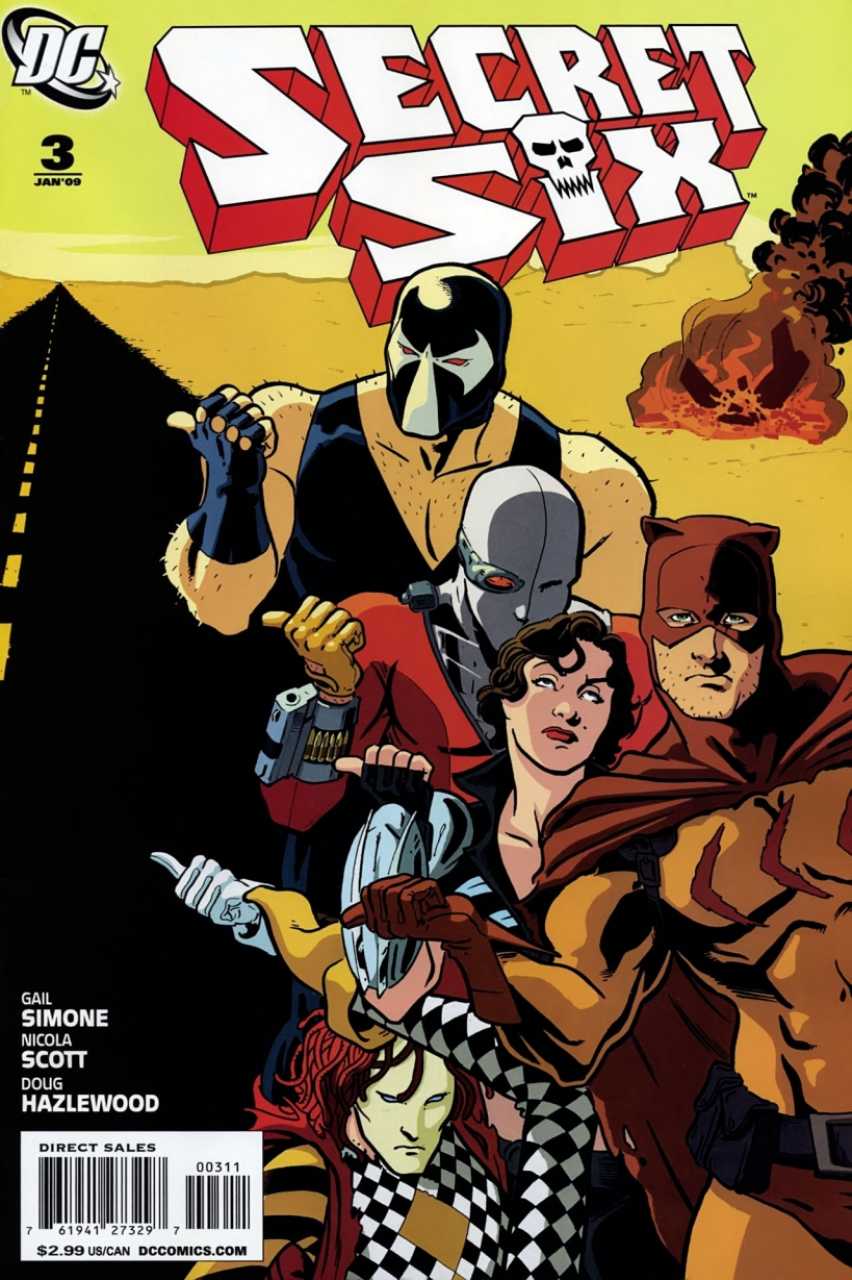 After first appearing in a couple of limited series in the wake of Infinite Crisis, Gail Simone's Secret Six launched in 2008 and ran for 36 issues. Most fans consider the ongoing to be Simone's masterwork and one of the greatest creative runs from the past 20 years.

As the title indicates, the series focuses on an assembly of six different supervillains, Catman, Deadshot, Scandal, Rag Doll, Bane and an original character, Jeanette. Bane, who prior to appearing the series was teased as an "A" list mystery Batman villain, was considered one of the book's main attractions, but Secret Six has earned so much praise over the years for its stunning character work and complexity. Mainly, Simone manages to take these characters who are otherwise black-and-white villains, and creates sympathy by giving them their own unique ethical code that stood in stark contrast to some of the bloodthirsty, amoral adversaries they square off against.

The series was cancelled as part of the New 52 relaunch due to low sales, but Secret Six is making a comeback next month with Simone at the helm. 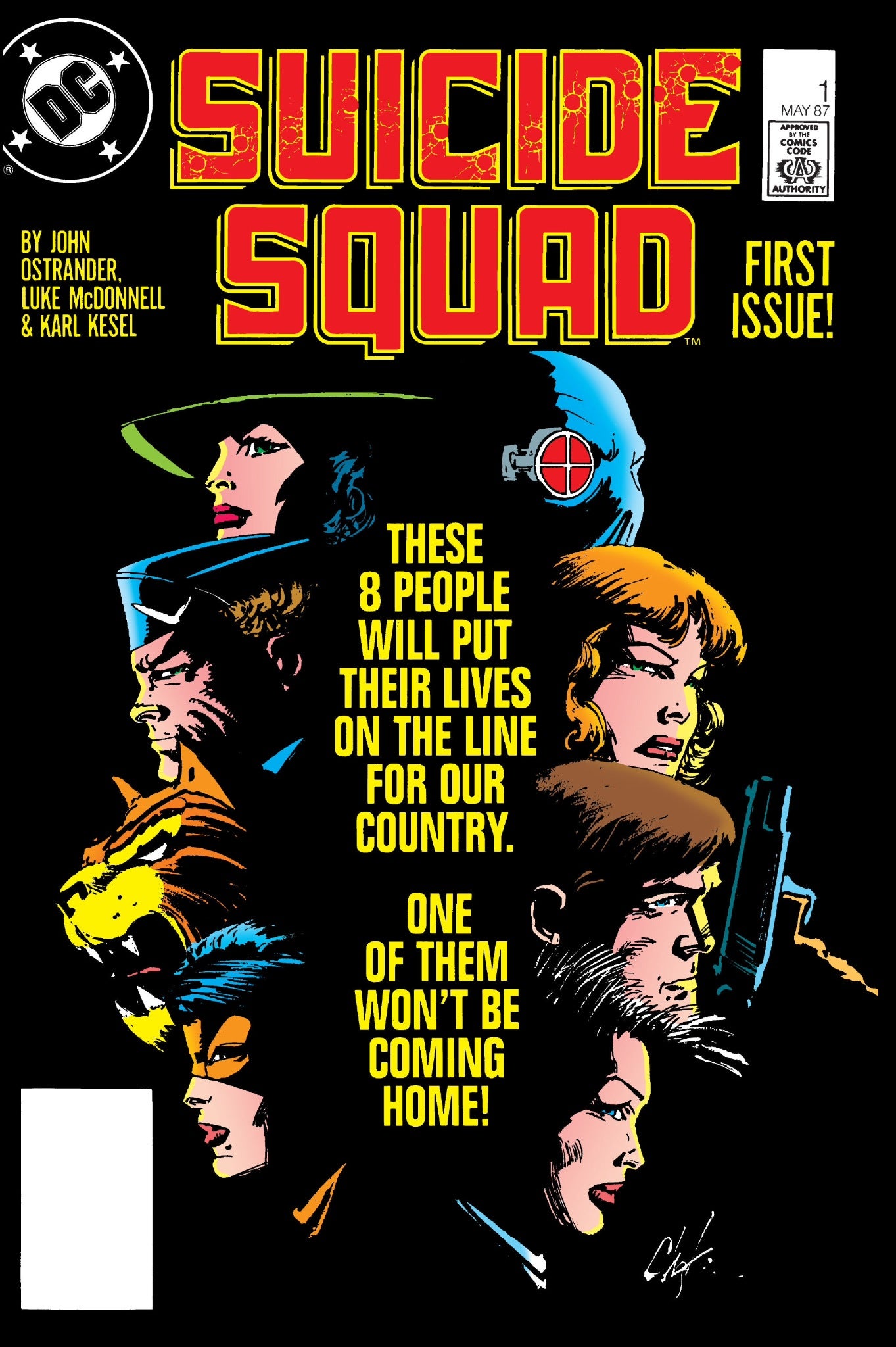 As part of DC's company-wide reconfiguration after Crisis on the Infinite Earths, writer John Ostrander was charged with taking the Suicide Squad – a Silver Age group of adventurers who fought super powered foes – and reinventing the team for a new generation of readers. When Ostrander was first asked to build the book around a random assembly of villains who participate in a government black ops team, he reportedly thought the idea was absurd. Fortunately, Ostrander hit upon a golden formula, creating the squad's government leader, Amanda Waller, and using lesser-known, underappreciated villains like Deadshot and Captain Boomerang. This brand new Suicide Squad, which published throughout the late 1980s and early 1990s, is considered one of the greatest runs in comics. The series has a tremendous legacy, as it has been revived a few times over and is being adapted for the big screen in 2016 as DC/Warner Brother's first film after the much-hyped Batman vs. Superman: Dawn of Justice.

For the purposes of this list, if there's any knock on Suicide Squad, it's that Ostrander made the book so much fun, and created such riveting, engaging characters, it's hard to consider it a comic about bad guys you're supposed to root against.