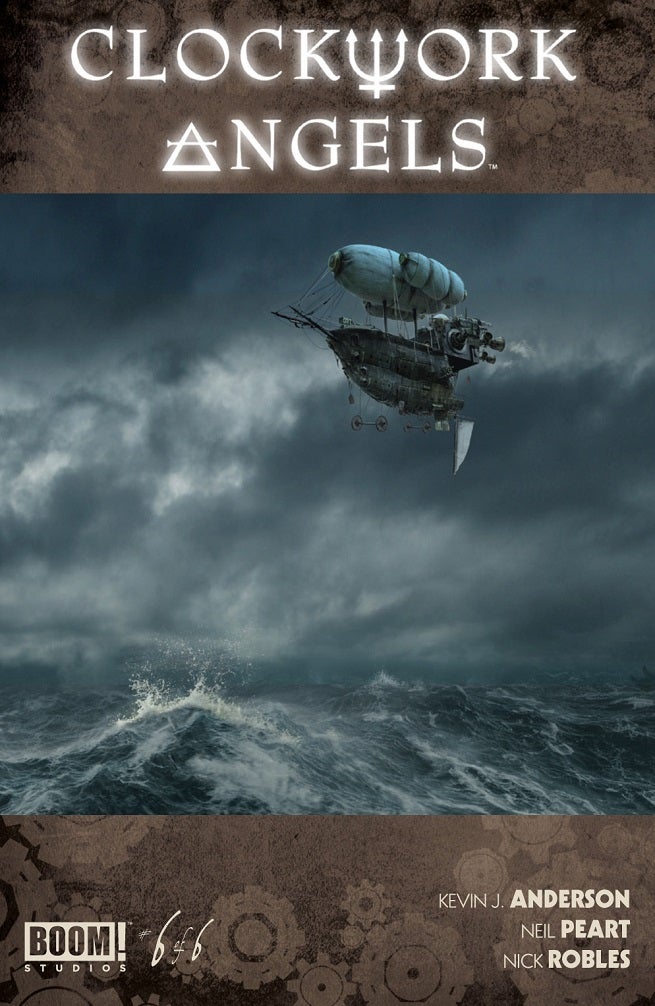 BOOM! Studios has provided ComicBook.com with an exclusive preview of Clockwork Angels #6, the final issue in writer Kevin J. Anderson's adaptation of the acclaimed concept album by Rush.

The comic is based on a novel that Anderson wrote with Neil Peart of Rush, inspired by their music. Peart retains a credit on the comic for the story and lyrics.

You can check out the pages, along with solicitation text, below. Clockwork Angels #6 (of 6) is on sale Wednesday, November 12. 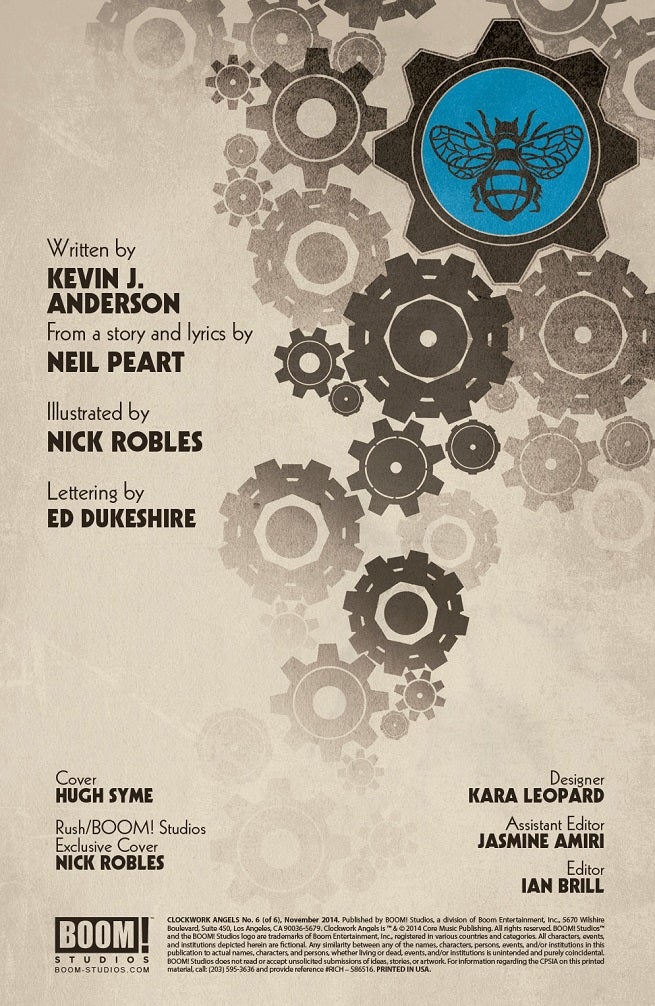 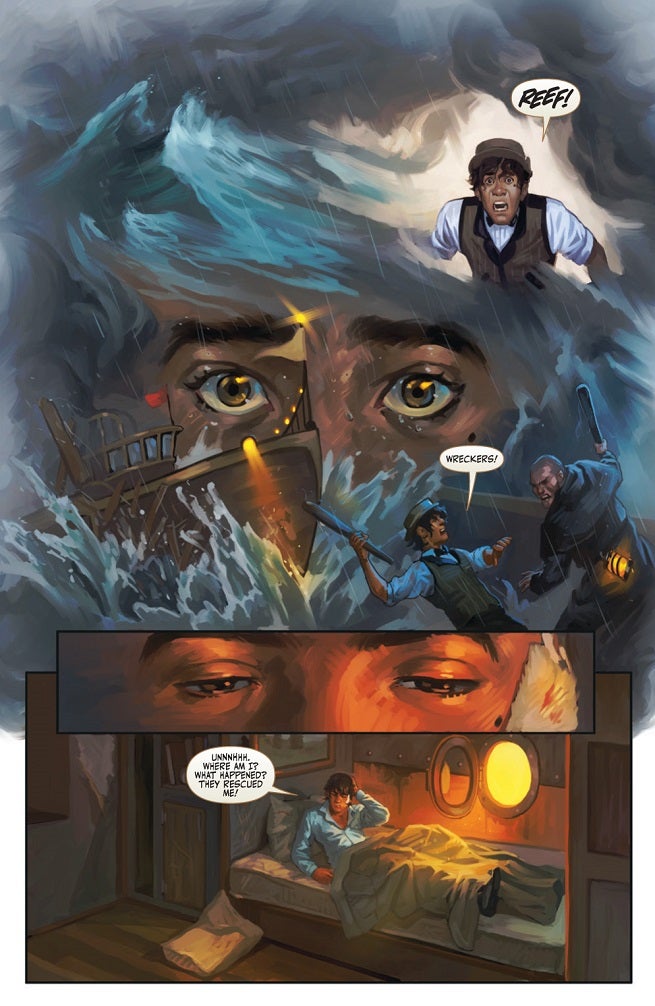 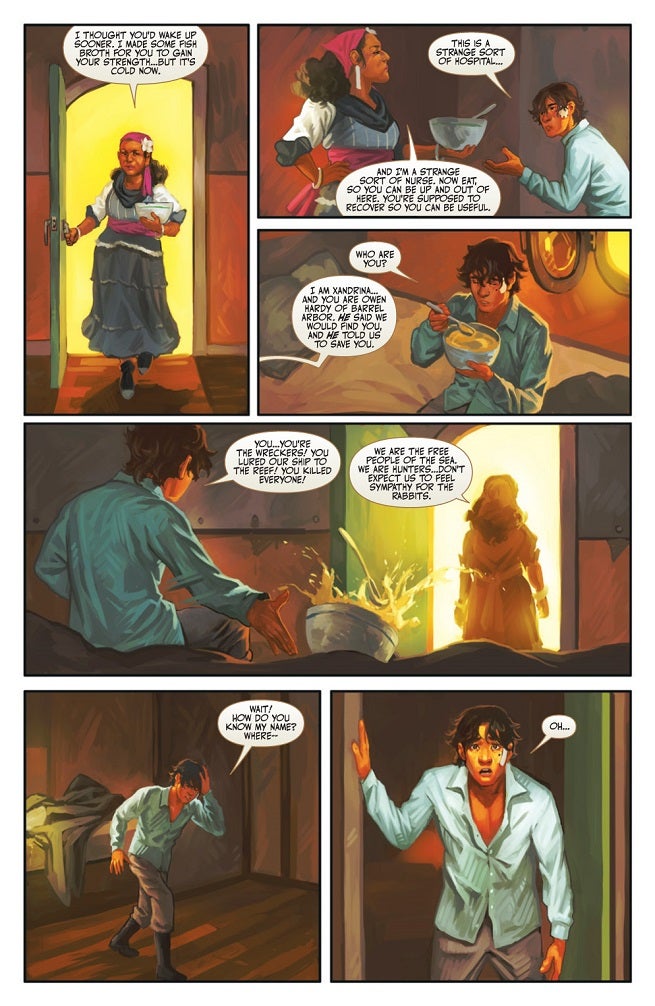 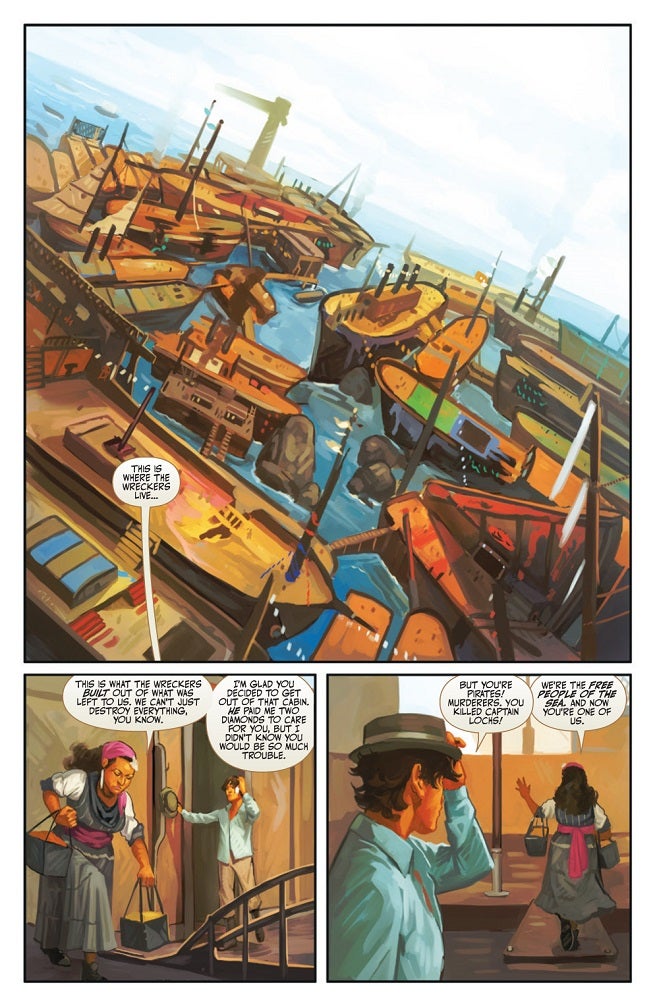 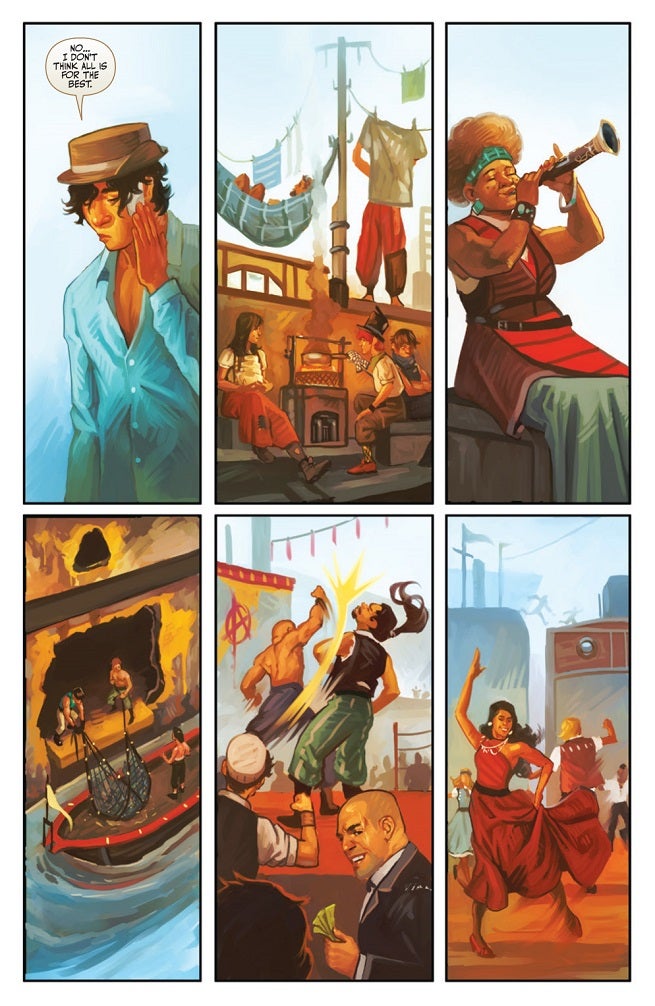 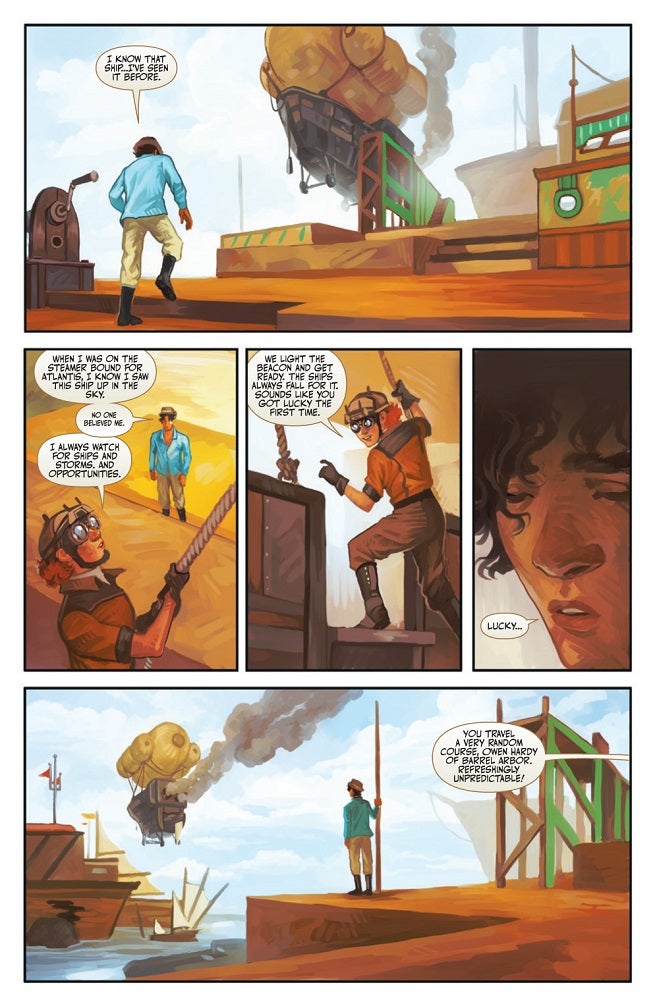 Synopsis: The final issue of the epic series based on the critically acclaimed concept album by the rock band Rush. Once he was just a boy tending to the apple orchards. Now, Owen Hardy is flying a magnificent airship across the skies of Albion! In the course of this adventure he learns a secret about his own family, one that will take him to the hallowed Seven Cities!