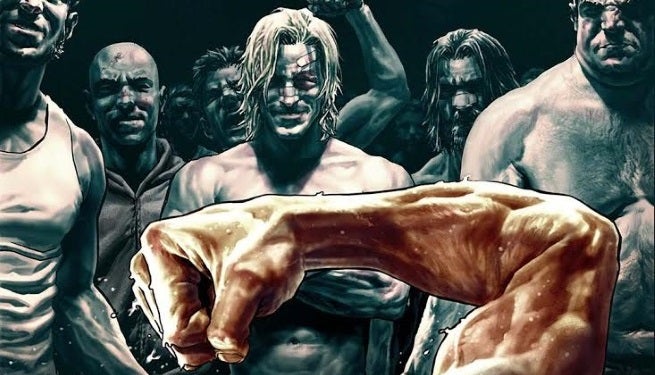 Bermejo has one of the most distinct syles in the comic book industry, and is known for his work on graphic novels like Batman: Noel, Joker, and Lex Luthor: Man of Steel.

Dark Horse recently announced that the first issue of Fight Club 2 will hit stands on May 27. The 10-issue sequel to the original novel author Chuck Palahniuk return to Jack, Marla Singer, and Tyler durden, with artist Cameron Stewart. The story picks up a decade after the events of Fight Club, with Jack and Marla married with a child, and Tyler getting ready to make his return.