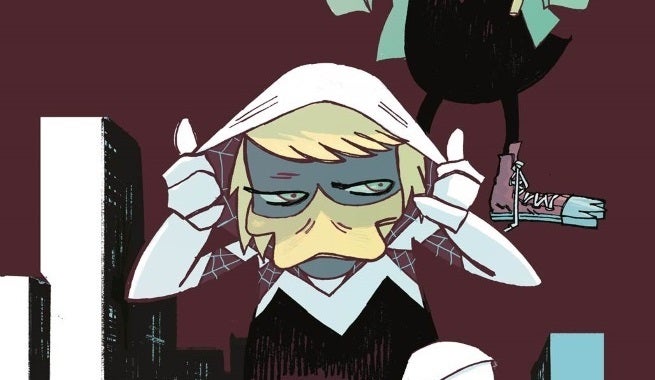 Marvel Comics has provided ComicBook.com with an exclusive first look at Jason Latour's Spider-Gwen variant cover for Howard the Duck #4.

Latour's cover reimagines the popular heroine in the form of Howard the Duck, to create Gwen the Duck!

Check out the full cover below. Howard the Duck #4 releases June 24.

• Looks like the "doctor is in" ... this issue of HOWARD THE DUCK! Ha ha of course I'm referring to Dr. Strange, Sorcerer Supreme.
• I'm 100% positive nobody's ever made that joke before, so I feel pretty confident doing so here.
• There will be other jokes of a similar nature in this issue.
• PLUS! A MARVEL SUPER HEROES SECRET WARS (1984) tie-in!
Rated T+