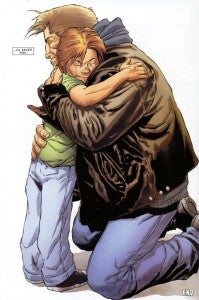 Every Father's Day families around the world celebrate dad. Some children take dear old dad out for a nice meal, while others might let him enjoy a relaxing day of fishing. Other children might not be so lucky, as their fathers may have passed away. For those families, Father's Day is a time of remembrance and a day to pay respect to the father they've lost. While their father may no longer be with them on this Earth, they can remember and honor the things that he taught them while he was here. Many fathers have inspired sons and daughters to go on to do great things. As part or recognizing Father's Day on Comicbook.com, we decided pay tribute to some of the comic book dads whose deaths inspired superheroes. Battlin' Jack Murdock – Life was not always kind to Jack Murdock. He was a struggling boxer, who made some wrong choices in his past. Yet, as a single father, he worked tirelessly to provide for his son Matt. He turned his life around, and he instilled in his son the importance of getting a good education. In an effort to serve as a role model for his son, he refused to throw a boxing match, which was a decision that cost him his life. However, his values inspired his son Matt to go on to become both a lawyer and the superhero known as Daredevil. 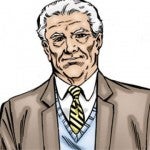 – While Ben Parker was actually Peter Parker's uncle, he raised Peter Parker as his son. Just like many men in real life, Ben Parker proved that you can be a great dad without being a biological father. When Uncle Ben was murdered by a common criminal who Peter (as Spider-Man) let get away, it taught young Peter one of the most important lessons ever written in a comic book, which was "With great power comes great responsibility." 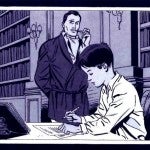 Thomas Wayne – While Thomas Wayne was a man of great wealth, he was also a dedicated philanthropist. Gunned down in an alleyway by a cowardly criminal, Thomas Wayne's last act was to try to protect his family. Thomas Wayne's bravery as well as his dedication to helping those less fortunate was not lost on his young son Bruce. With hard work and extensive training, Bruce Wayne went on to become the Batman, a protector of the weak and downtrodden. 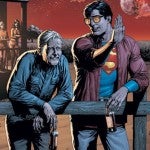 – When Jonathan Kent and his wife Martha found a baby in a spaceship, they didn't hesitate to provide a home for the child. Jonathan was a rural Kansas farmer, who raised his adopted son Clark to have strong moral values. As Clark Kent grew into manhood, it was those values, which led him to become as Superman, a symbol for truth, justice, and the American way. Jor-El – Superman was inspired by not one but two dads. As his entire planet crumbled around hi 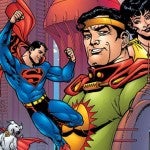 m, all Jor-El was focused on was saving his infant son. While baby Kal-El never knew his father, Jor-El was still a source of inspiration, as he gave his son a chance to have a life in a new world, where he became Superman. In the real world, many soldiers have given their lives in order to provide a better world for their children. Even though some children might have never known their fathers, they can still take inspiration from the sacrifices their dads made and can remember their fathers as heroes.