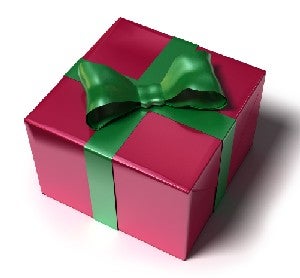 Well boys and girls of all ages, the countdown to the Christmas gift extravaganza is already underway! It's December, if you can believe it, and the joys and stresses of gift giving are not foreign concepts to many, especially as we approach the days after Black Friday! For those planning on giving gifts to comic book fans this year, the task of picking out a gift certain to wow your fanboy or fangirl can prove more stressful than anything else. Fear not! Here at ComicBook.com, we strive to serve, so here are a few suggestions for those comic book fans near and dear to you, based on some thoughts or questions the seeker may have! "He REALLY likes Batman, but I don't know what he has already." A common complaint, to be sure. For the fervent Batman fan, consider a hardcover trade paperback or graphic novel perhaps, like the recently released Battle for the Cowl. Batman: The Complete History may be a couple of years old, but it's chock full of photographs, artwork, toys and more that reflect the history of Batman in media. Not satisfied with those? Try a nice Silver Age back issue of Batman or Detective Comics. Collectible comics are always a good bet for fans of a certain character or title. "I want my son/daughter to read comics. Where do I start?" This is a question that happens all year, but at Christmas time is particularly vexing. Luckily, Jeff Smith's Bone series is an excellent starting point, and the collected anthologies are easily read over and over. For fans of the superhero set, Marvel's all-ages line, such as Avengers, Fantastic Four and Franklin Richards, use familiar characters, and DC comics also has had massive success with Tiny Titans. Boom! Studios also produces books based on films such as Cars, The Invincibles, and Finding Nemo. Let's Talk Politics The past year certainly provided many opportunities for political parodies, tributes and commentaries, and the comic book industry absolutely cashed in. Even for non-comic book readers, a copy of Barack the Barbarian #1 from Devil's Due Press would get a laugh with its tongue-in-cheek satire. There are also several Bluewater Productions titles in their Female Force line, focusing on Sarah Palin, Michelle Obama, Condoleeza Rice and others. Don't forget the dogs! Bo Obama, the First Family's dog, even had a comic come out this year! "My girlfriend's a big horror fan. You have that?" Of course! You can't go wrong with volume one of The Walking Dead from Image Comics, and any volume of Devil's Due's Hack/Slash. A very gripping series has been Locke & Key, the "Welcome to Lovecraft" story in particular, is a haunting tale of murder, ghosts and more! Fan of slasher pics? There are several series featuring characters such as Leatherface, Freddy, and Chucky. The wonderfully horror/camp piece Freddy vs. Jason vs. Ash is collected in a trade paperback, giving horror fans a nice laugh their bloody gore. Out of comics for awhile Perhaps your comic fan has only recently gotten back into comic books after a long or short-term absence. Marvel's trade paperback Civil War would provide a great read and a re-entry of sorts into the current Marvel universe. DC's recent Final Crisis would give readers a recent snapshot of some of the bigger story lines of this pas year, and a volume one trade paperback of Buffy: The Vampire Slayer in its current season eight collection would make them aware of one of the most regarded titles of the past two years! Readers, but not really "comic" readers For someone you think might like comics if it had just the "right" material, consider volume one of Fables, as no one can turn down the tale of fairy tale characters in modern day! See if you can find issues one through four of the Boom! mini-series Poe, based on the life of Edgar Allen Poe! Perhaps a volume of Harvey Pekar's American Splendor? Maybe a comic book taken in a more realistic fashion, such as Pekar's, might appeal to the non-comic reader? "I just have no idea." If you find yourself just completely stuck, perhaps a gift certificate to your local comic book store would be in order. Those are a perfectly safe, and thoughtful, way to make sure your comic fan gets exactly what they want! Comic book bags, backing boards and storage boxes can also be a gift that guarantees success, especially with dedicated collectors, and don't add up to a great amount of money. Now, having said all of this, should you be the lucky recipient of one of more of the gifts mentioned above and you: A) Already have a copy of the graphic novel/trade, B) Really don't like the gift or C ) Think your loved one doesn't know you at all, consider a way to alter the situation to your, and the gift giver's, best interests. Consider seeing if a local comic book shop will trade you for something else, or swap with a friend! It will help you and the gift giver save face!! Now, go out there, make those wish lists, shop those local comic book stores, and make this holiday season a happy (and satisfying) one for you and the comic fan in your life!