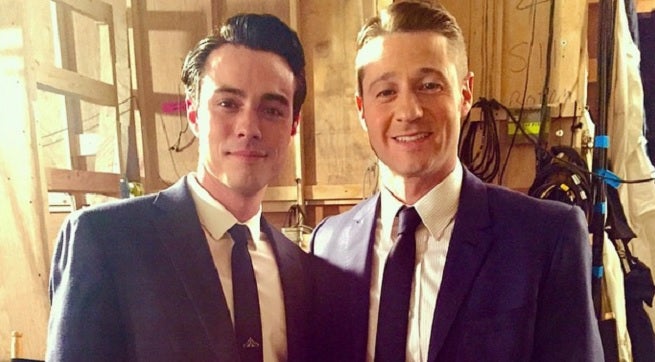 Actor Rob Gorrie, best known for runs on One Life to Live and As the World Turns, has been cast as John Grayson, father of Dick Grayson, on FOX's Gotham, ComicBook.com has confirmed.

The actor posted an image of his Gotham script as early as last Monday, and then wrapped photography last night on the sixteenth episode of the first season, titled "The Blind Fortune Teller."

In the comics, the Graysons, better known as the Flying Graysons, are a family of traveling acrobats who are murdered in a mob hit during a performance. Orphaned and without any surviving family, a young Dick Grayson is adopted by Bruce Wayne who eventually trains him to become Robin, the Boy Wonder and sidekick to the Caped Crusader.

You can check out a number of tweets Gorrie has made about his appearance below, including links to two Instagram posts that back up his claims that he's on the show.

Excited to share that I'll be guest starring on #Gotham next month! More details to come...

Just wrapped! What an experience... Thank you #Gotham. Can't wait for everyone to see this episode!

Gotham returns next Monday at 8PM ET on Fox.