With the season winding down next week, the end is near for Gotham...for now.

The hit FOX drama has already been renewed for a second season and will come back in the fall with a new big bad and some new supporting characters -- after at least one series regular in the form of Jada Pinkett-Smith's Fish Mooney leaves.

So...what can we expect from the last few episodes of the show's first season? How will it be different next year without the larger-than-life presence of Fish Mooney? Will we ever stop asking rhetorical questions more suited to Batman '66 than Gotham?

Showrunner Bruno Heller joined us last week to talk about it.

After a season of doing kind of a villain of the week and then a season-long mythology behind it, what made you decide to go with a five-week arc for [Milo Ventimiglia's] The Ogre?

That's a good, big question. It's an odd game we're playing here, where we have these wonderful stock characters who are beloved and famliar to everyone the world over, and on the other hand we have the opportunity to introduce completely new characters and to create the world prior to the world that everyone knows and loves.

That's about creating the world that feels like the world of Batman that we're familiar with came from this world. It's like finding out about your parents' early life; it has a sort of fascination that gives you answers to who you are. The Ogre was really just a kind of prototype villain, the kind of villain that if you were a young Joker, for instance, or you name it, any of the iconic villains, as a young man or a young boy if you were reading the newspapers and learning of the world at large, this is one of those villains that would make you think, "Hmm." It's a kind of strange and horrible role model for the kind of people that would become villains.

The great thing about the Batman villains is that very rarely do they have super powers of any kind. They're psychological villains; their powers are sort of emotional and ones of will and force and personal strength, so they're much more like us than, say, the people that Green Lantern would fight.

So coming up with villains, and this is stuff that we've learned through the course of the season, although we had some rudiments of understanding at the beginning, what's interesting is the psychology of these villains. So rather than creating someone who's colorful in a very theatrical way, this is someone who's psychologically interesting and something that you can dwell on dramatically as opposed to in pure action.

There's an emotion there, and because he's so connected to Barbara and Gordon in that way, it's kind of a perverse love triangle, if you'd like. And that's the sort of stuff that has legs toward the end of a season when people have become familiar and know these [characters]. Then the psychology is more interesting than the action might be at that point, fi you see what I mean...although we do deliver that in spades.

When you know that your characters -- Batman, Joker, Killer Croc and others -- are going to be in feature films coming up, how aware are you of these things? Are you watching Jared Leto's Twitter feed for Joker photos? Did you watch the Batman V Superman trailer? Or do you try and work in a vacuum?

It's never a perfect vacuum, but I prefer to work as much as I can in that way.

Me personally, I'm not on Twitter or social media, not because I'm trying to avoid finding out about that stuff but there's so many processes in place to let us know about stuff, where we're crossing a line. Geoff Johns is really our main man on that score. We talk all the time and I tell him what we're thinking of doing and he tells us what else is going on or where it's safe to tread and where it's not.

The thing is, it's such a huge, beautiful world out there, the DC Universe, that you have to start flailing around in really big footsteps to really start impinging on other territories. Where those things do overlap, that's what's so beautiful about it is that it's a whole map of paths and worlds and stories that interact without contradicting each other.

The true essence of great myth is that there are a million stories and none of them are false; you can't contradict one Batman myth with another; they're all true. That's what makes it such a kind of real world and all the great religions and all the great, all-conquering narratives have that quality, whether it's Christianity or Star Wars. Its' too big of a world to point out flaws and say "These two things cannot have happened," because there's magic there. That's what makes it work. 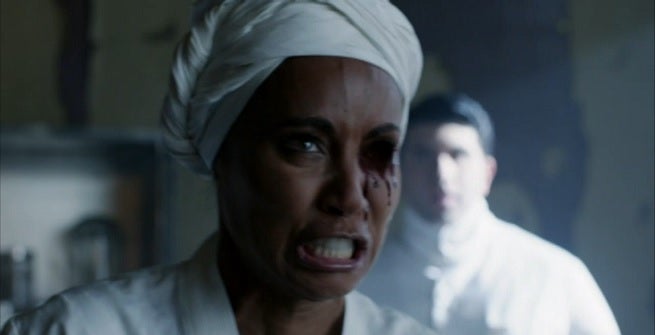 Obviously something that you've brought to that world is Fish Mooney. Now that it's out there that she isn't there, are there some more new characters you want to try and slot in or will that time be spent with some existing properties?

Creating prototypes and historical markers of where the world will end up is one of the great, challenging and fun things about making the show, coming up with characters like Fish Mooney. So there will be more.

Personally I'm still hoping that Jada will be back. One of the problems of making a show like this is that you need actors who can really be big characters. You either have bigness or you don't, and Jada is big in spades. She's done a wonderful job for us and nobody dies forever in the DC Universe, necessarily, so I'm hoping whatever happens at the end of this season that Fish can and will be back.

We'll be creating characters that seem to have come from the DC Universe before. What I was trying to do with Fish was create a character you felt like was naturally a part of that world so that it wouldn't seem like she was just sort of stepping int o that world. That's a weird chemistry between the character you write and the actor you get to play them. So we have [characters] in mind, but I wouldn't boast about them now because by the time we get them on screen, you might go, "...Oh, hm. That didn't work," and then another character hat hadn't meant to be there just pops. Especially in the early stages of this sort of thing, there's a lot more improv than people would think. You're reacting on the fly a lot of the time until a character's established and the actor kind of owns it, then you see how far you can go and experimenting. You have to do it bravely and with the intention of, "Alright, this is going to be a big character," and write it that way. But if it ain't working, especially with the stakes so high because this is a beautiful, iconic world that you don't want to mar with crappy characters, the security we all have is that if a character doesn't work, people will forget about them when they die and go away. 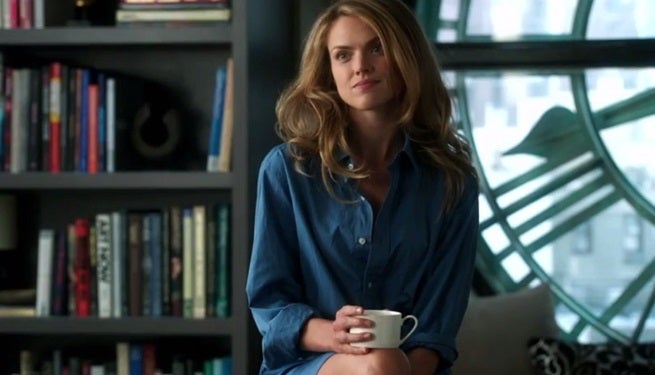 You guys have really fleshed out Barbara Kean in way that she isn't really in the comics. What went into the decision to make her very broken?

That's one of the aspects of the story that we wanted to jump in, in media res, to use the pretentious Latin phrase.

So much of the story is, per force, about setup. To a degree, it's one very, very long setup that is going to end when guess who enters the stage. For some characters, you want ot be telling their stories as embryonically as possible.

So a character like Barabara -- especially when you've got a character like Jim, who is so square and tough and reliable, sort of an old-school hero -- how do  you tell an interesting emotional story about a character like that, who kind of has to be strong in himself? Well, star-crossed lovers is the way to go there.