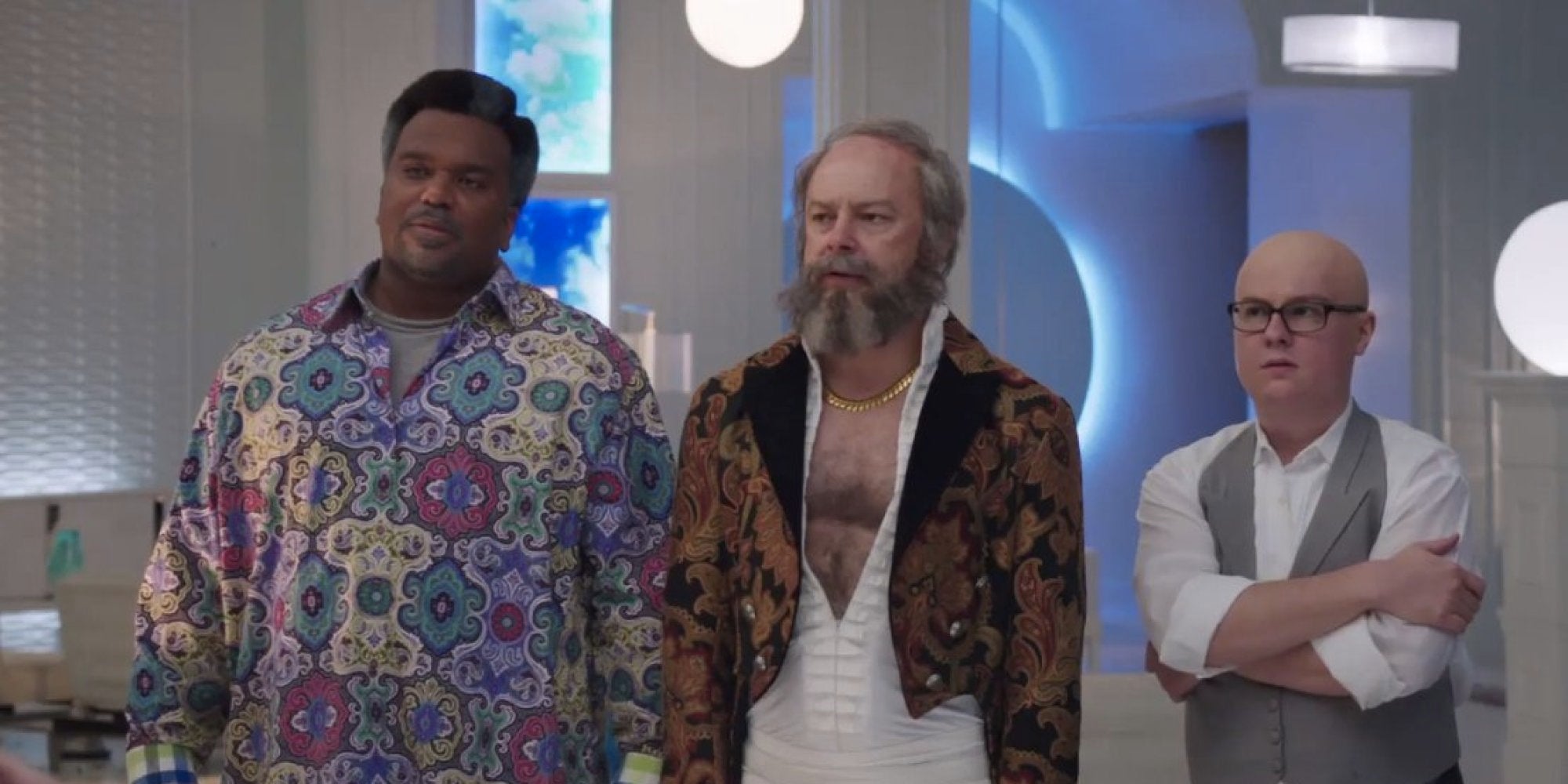 When Lou (Corddry) finds himself in trouble, Nick (Robinson) and Jacob (Duke) fire up the hot tub time machine in an attempt to get back to the past. But they inadvertently land in the future. Now they have to alter the future in order to save the past... which is really the present.