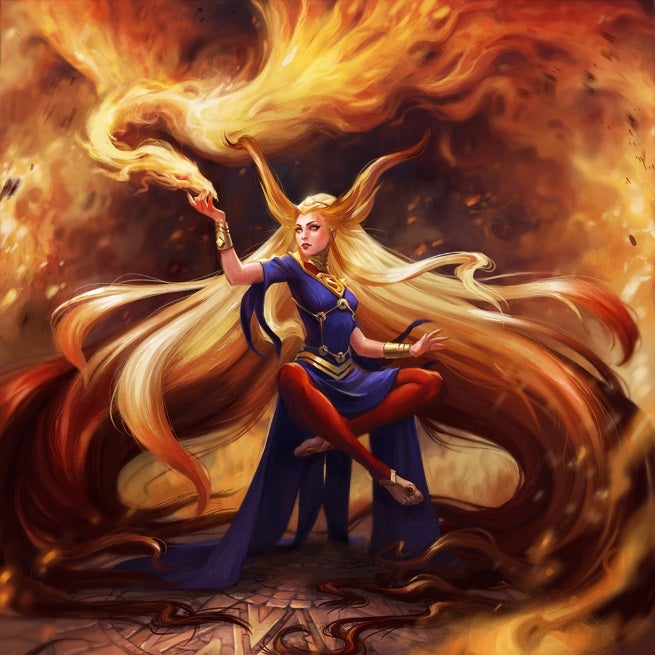 Turbine will add Arcane Supergirl as the newest playable Champion in Infinite Crisis, the free-to-play DC MOBA featuring DC Comics characters from across the multiverse.

According to Turbine’s description of the character, Kara Zor-El comes from a reality where she was to be inducted into a mystical order called the Heralds of Rao in the “Shrouded Realm of Kyrpton.” On the day of her induction, a Kryptonian traitor revealed the location of the Shrouded Realm to the Black, and the malevolent dimension sent its servants to attack.

Kara’s mother, Alura, handled the crisis the way all Kryptonian parents handle a crisis in any reality: by shooting her child into outer space. Alura’s Flamebird mount snatched Kara up, against her will, and teleported her to Earth, in the “lower realms.”

Arcane Supergirl’s power magic makes her a blaster Champion. You can see her in action in the Champion Profile video embedded below.

You can see some more screenshots of Arcane Supergirl in action in the gallery below. She’ll officially join the Infinite Crisis Champions roster on November 26.