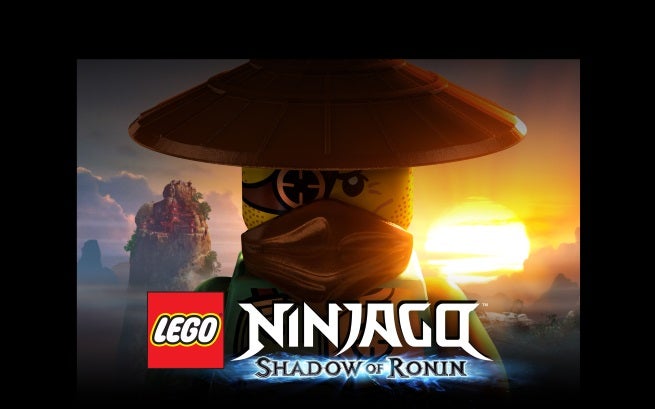 Warner Bros. Interactive Entertainment, TT Games and The LEGO Group have announced LEGO Ninjago: Shadow of Ronin, arriving for Nintendo 3DS and the PlayStationVita in Spring 2015. The game is being developed by TT Fusion, and tells a previously untold story from the LEGO Ninjago: Masters of Spinjitzu TV show.

“LEGO Ninjago: Shadow of Ronin will be the most expansive adventure game through the Ninjago universe that we have ever made to-date,” said Tom Stone, Managing Director, TT Games. “Kids will get a kick out of playing as their favorite Ninja warriors battling a new enemy with an exciting array of cool vehicles, mechs and even dragons!”

The game sees a new threat, named Ronin, come to NInjago.  With help from his army of dark samurai, Ronin steals the Ninjas’ memories using an ancient weapon called the Obsidian Glaive.  The Ninjas forget how to use their elemental powers, and it is up to the players to help them find their Obsidian weapons, regain their memories and reclaim their powers before Ronin completes his plan and releases an even greater evil on Ninjago.

The game will feature locales from the TV series, including the Ice Temple, the Toxic Bogs, and a new island, as well the mountain village of Spinjago, where the Ninjas are currently training with Grand Sensei Dareth and Sensei Wu.  Using their Spinjitzu abilities, players can unleash their Ninja’s elemental power to fight enemies and solve puzzles, and can team up and create multi-elemental builds using the Tornado of Creation.

LEGO Ninjajo: Shadow of Ronin will be release this spring. The franchise is also making its way to the big screen in September 2016.