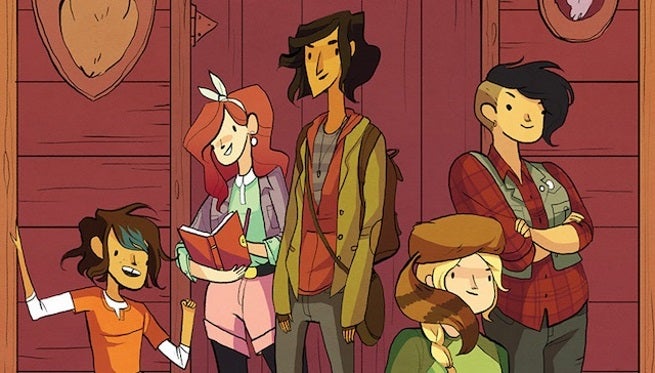 Twentieth Century Fox has announced plans to adapt the Boom! Studios series Lumberjanes into a live-action fim, with Will WIdger writing the script.

Lumberjanes was created by Shannon Watters, Grace Ellis, Noelle Stevenson, and Brooke A. Allen. The series follows a group of five quirky and indomitable young women who go on adventures involving otherworldly forces. They overcome challenges by embodying the principles of the Lumberjanes, a scout-like organization that encourages friendship, loyalty, curiosity, and fearlessness in girls.

The series is something of a blend of Buffy the Vampire Slayer and Adventure Time. It's been met with great critical acclaim, earning two Eisner Award nomination, including Best New Series. Initially planned as an 8-issue miniseries, Boom! and the creators involved were quick to turn it into an ongoing series after the hugely positive reaction from readers.

Widger is best known for his 2014 Black List script The Munchkin, a classic noir thriller set in the world of The Wizard of Oz.

Lumberjanes Movie In The Works