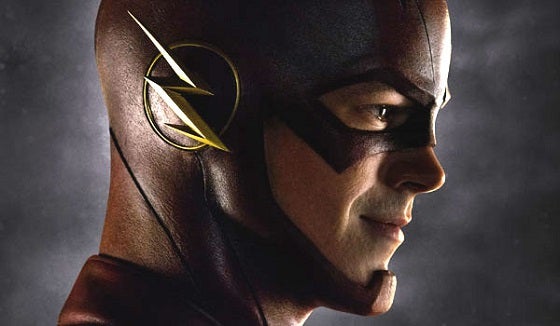 At the Motor City Comic Con, comic book writer Mark Waid shared with Comicbook.com some of his  thoughts of the Flash TV series based on the Flash trailer. Waid told Comicbook.com, "You know what? I liked it. I'm not keen on the whole ,'my mother was killed' retcon, because I don't understand why everyone has to have Batman's origin. But, that said, I really like the visuals of it. I like the look of it. I like that he seems to be having fun as a superhero. Because, again, if your superpower is that you can run really fast and make time stop, it would be a blast. I don't want to hear your problems. How you can have that problem and still be upset? 'Oh my diamond shoes are too tight. Oh no!' So I think that's awesome, and I gotta say — I admit I got chills when he said, 'My name is Barry Allen, I'm the fastest man alive.' That gave me chills." Since Comicbook.com's interview, it appears that Waid has gotten a look at the full Flash TV pilot, and he was really impressed with what he saw, even to the point that it alleviated some of his initial concerns. Waid tweeted, "Not only is the #Flash pilot EXCELLENT, but (for this) the dead-mom retcon doesn't grate. Great show, and Tom Cavanagh is astounding." Waid also tweeted Flash TV series executive producers Greg Berlanti and Andrew Kreisberg, "Seriously, you two. #Flash is really, really good. You made it work. Thanks for remembering he ENJOYS HIS WORK." After reading Waid's tweet, Berlanti and Kreisberg thanked Waid for his comments. To which, Waid responded, "My pleasure. 'My name is Barry Allen, and I'm the fastest man alive.' I can't wipe this stupid smile off my face." When Berlanti asked Waid for a signed copy of Kingdom Come, Waid replied, "'My name is Barry Allen, and I'm the Fastest Man Alive.' Dude, you can have my first-born after that. Send me a mailing address."