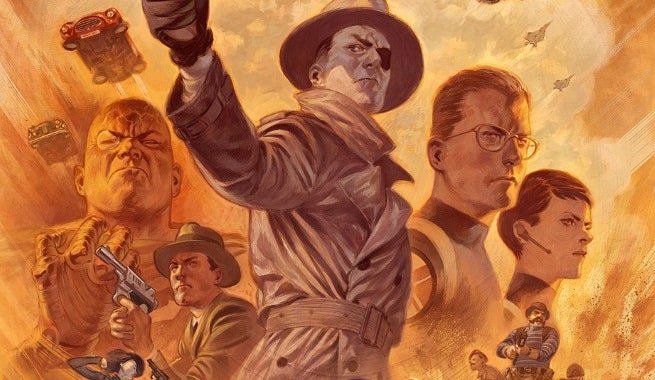 S.H.I.E.D. is turning 50-years-old this year, and Marvel Comics is celebrating in style. The publisher announced several new products and initiatives during the "Marvel: Next Big Thing" panel from the Chicago Comic and Entertainment Expo.

S.H.I.E.L.D. #9 will be a special, oversized commemorative issue, with series writer Mark Waid joined by Al Ewing to spin a cross-time tale that sees Agent Phil Coulson teaming up with Nick Fury Sr. to answer a riddle pertaining to S.H.I.E.L.D.'s very origin: who is The Man Called Death? The story features a sequence penciled by Jack Kirby and inked by Jim Steranko that has never been printed as part of a story before.

The issue also reprints the very first S.H.I.E.L.D. story, written by Stan Lee in 1985. Dum Dum Dugan returns and the new Howling Commandos are born. Plus, see the presentation that inspired S.H.I.E.L.D.'s creation.

You can check out all of the revealed covers in the gallery below.

Showtime Cancels New Series Before Season 1 Despite Filming Being Finished