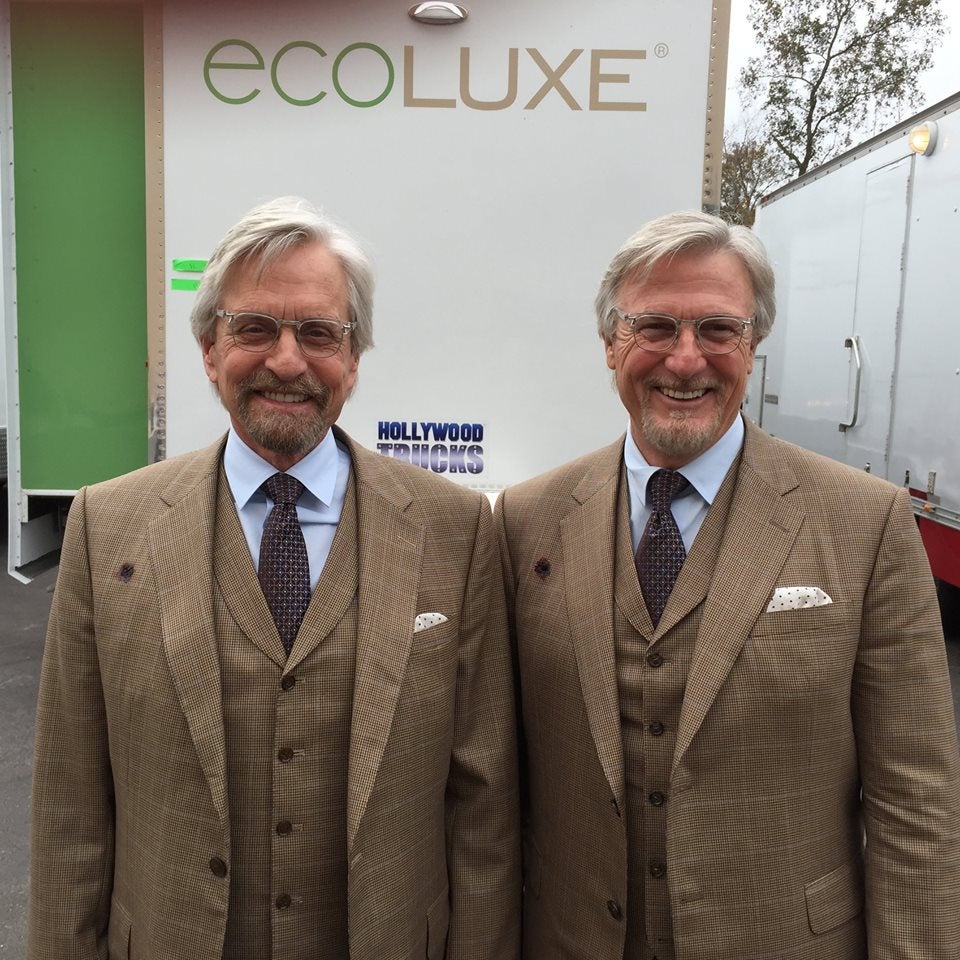 Michael Douglas has finished shooting his portion of Marvel Studios’ Ant-Man, according to the actor’s Facebook page.

Douglas updated his profile yesterday with the news that he filmed his final scenes this past weekend. Douglas will play Hank Pym, the original Ant-Man in the Marvel Comics Universe. While the comics’ Pym is a young and active crime fighter, the Cinematic Universe depicts him as an elder man whose only credit (so far) is inventing the Ant-Man suit that Paul Rudd’s Scott Lang steals and wears.

“Finished my last days on Ant-Man this weekend,” Douglas wrote. “Had a great time, a new experience with all these blue screens!”

Along with the update, Douglas posted a picture of himself and his stunt double dressed as Pym. It’s worth noting that Douglas (and the double) has a bullet hole on his right shoulder. While it doesn’t look like a fatal shot, the wound does create the possibility that Hank Pym could face mortal danger in Ant-Man. Perhaps Scott Lang will steal the Ant-Man suit through hostile means. It’s not like he’s the most heroic guy out there in the Marvel Universe.