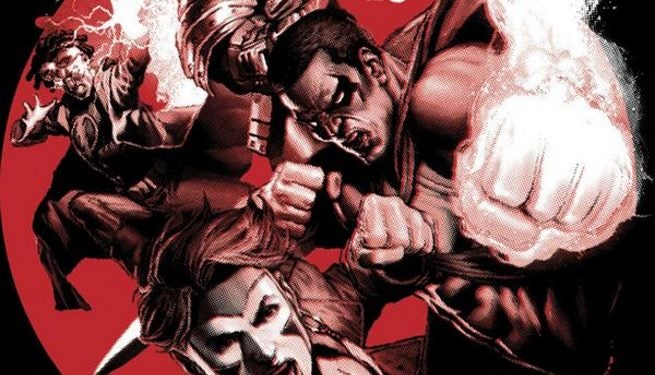 "Derek said, 'It's been too long. We've got to restart the company'," Hudlin tells the The Washington Post, speaking of a conversation the remaining founders had at McDuffie's wake. "So the three of us have been working for the past two years on sorting out all the business, and now we are the core of Milestone Media 2.0."

Milestone was unique in the comic book industry for being minority-owned, and primarily featuring minority characters. The most popular of these characters was Static, who was given his own animated television series, Static Shock, as part of the DC Comics Animated Universe, and is expected to be revived with a live action web series in the near future.

Milestone and DC Comics had a partnership for some time, and when Milestone closed up shop the publisher's characters were introduced to the DC Universe proper. While it does not divulge specific details, the Post article implies that Hudlin and company are still ironing out the details of character rights with DC.

According to Cowan, even with the increase in minority characters in comics, Milestone Media 2.0 is still something the industry needs.

"There are all kinds of challenges that are facing people of color — that part hasn't changed," Cowan says. "What has changed is, there are a lot more characters of color in comics. What we feel is now, Milestone is necessary because of the types of characters that we do, and the viewpoint that we come from."

"We've never just done black characters just to do black characters," he continues. "It's always come from a specific point of view, which is what made our books work. What we also didn't do, which is the trend now, is [to] have characters that are, not blackface, but they're the black versions of the already established white characters — as if it gives legitimacy to these black characters in some kind of way — [that] these characters are legitimate because now there's a black Captain America.

Milestone has not yet set a specific date that they expect to resume publication, but Cowan is hoping to have promotional materials at this year's San Diego Comic Con.

Milestone Media Returns WIth Original Founders At The Helm

The Wheel of Time Certified Fresh on Rotten Tomatoes

Battlefield 2042 Reveals Over 150 Gameplay Changes Being Made Tomorrow