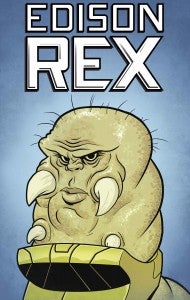 Monkeybrain Comics have released a preview for Wednesday's issue of Edison Rex, the final new Monkeybrain issue of 2012.

The series, for which we run a "commentary track"-style interview column, was one of our favorite new titles of the year, and Monkeybrain captured a couple of spots on our top ten.

Check out the pages and solicitation text below, and buy the comic here on Wednesday. 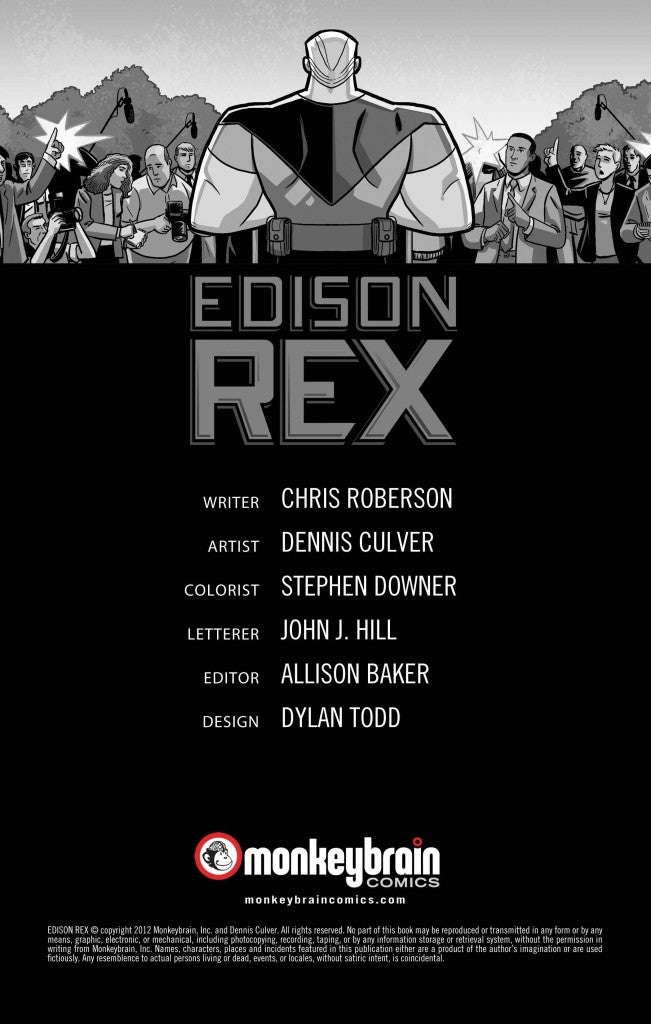 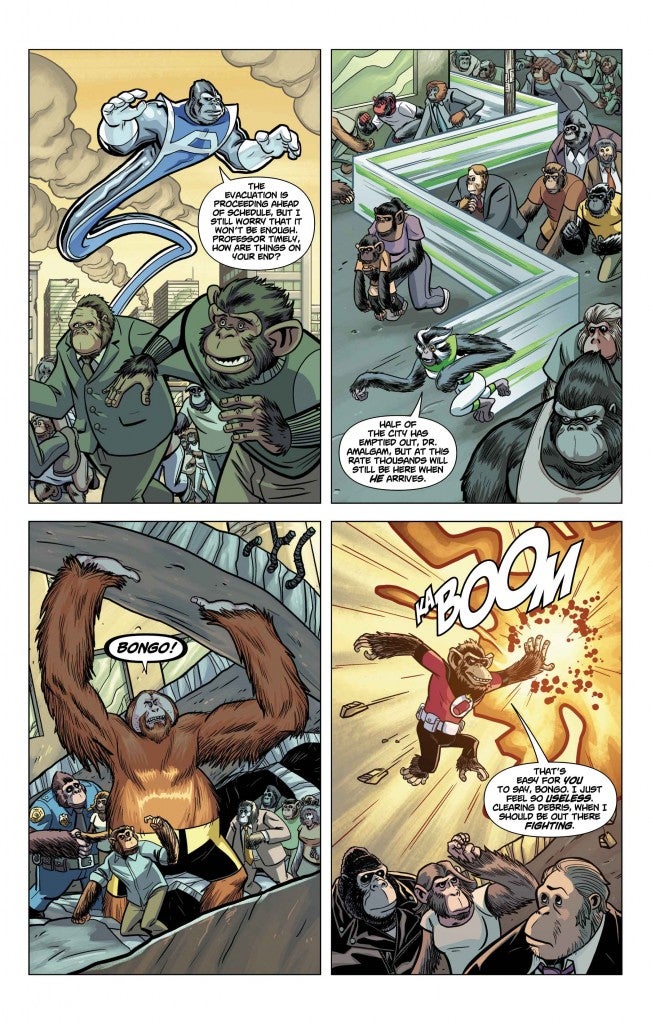 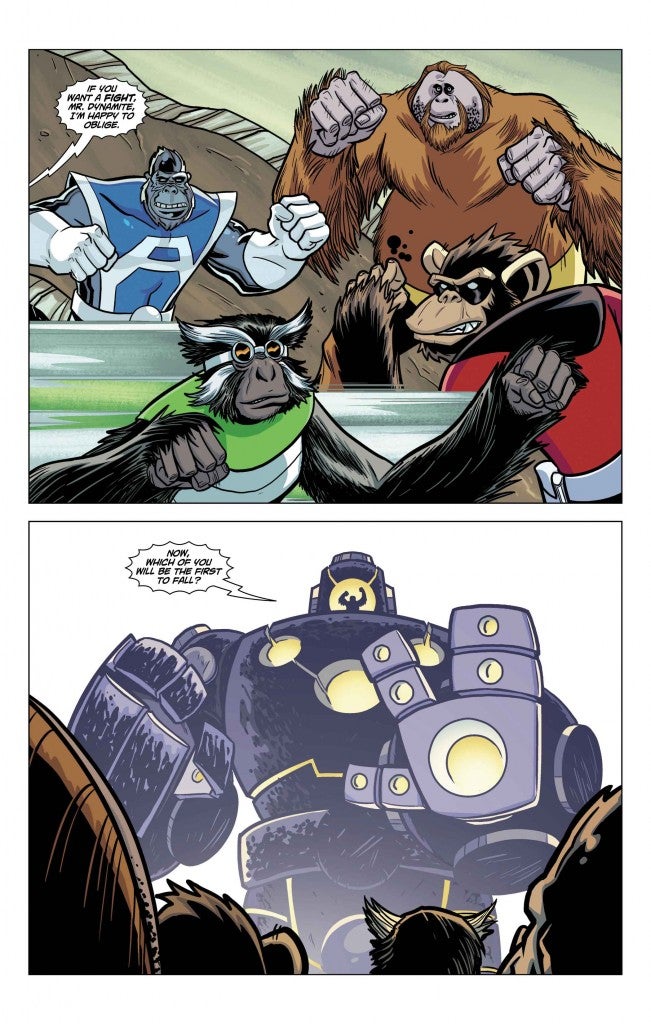 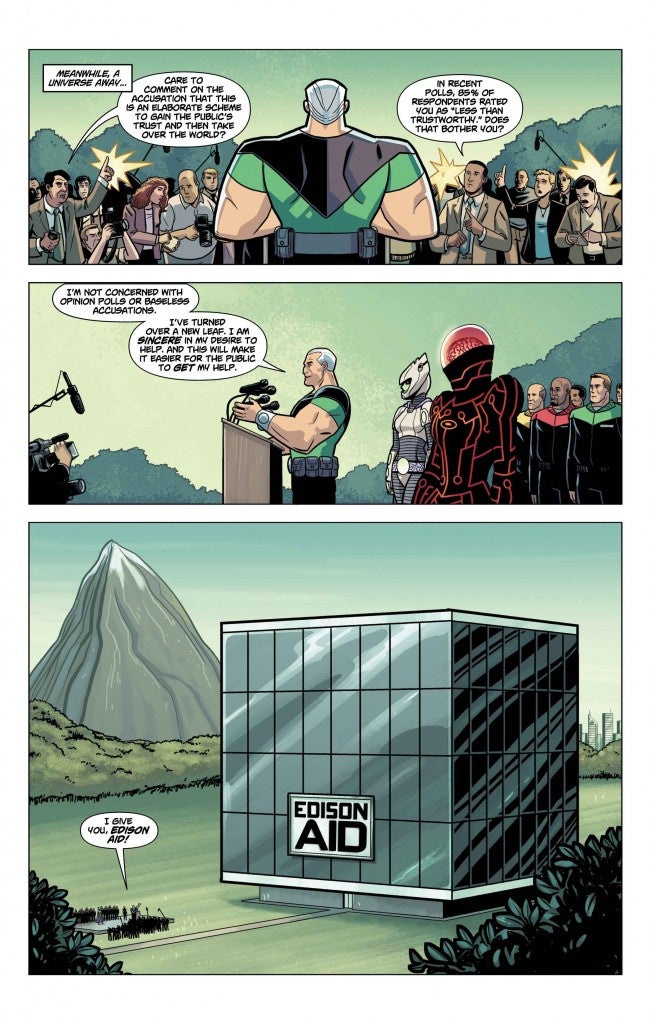