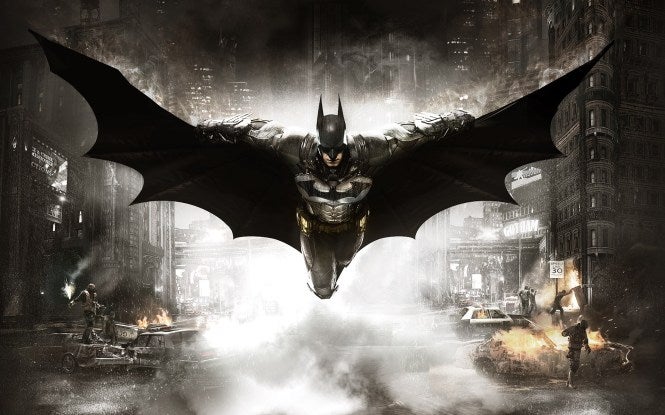 In the trailer, Batman must inlfilrate one of his least favorite places in Gotham, ACE Chemicals. As the chemical plant crawls with Arkham Knight's and Scarecrow's henchmen, Batman must rely on his most powerful weapon to take them down: Fear. It's here that viewers can see the game's new "Fear Takedown" maneuver, along with the all-new, playable Batmobile.

Batman: Arkham Knight is the final installment in the Batman "Arkham" video game series, which began with Batman: Arkham Asylum, Batman: Arkham City, and a prequel title, Batman: Arkham Origins. The series will bring its trademark style to the Batmobile for the first time ever, giving players the option to either grapple above the streets of Gotham or tear through them in the armored behemoth (but let's be honest, they'll go with the latter). The Scarecrow, who hasn't been seen since Arkham Asylum, will ascend as the game's primary villain, along with the mysterious new Arkham Knight character. Kevin Conroy will once again bring The Dark Knight to life as the voice of Batman.