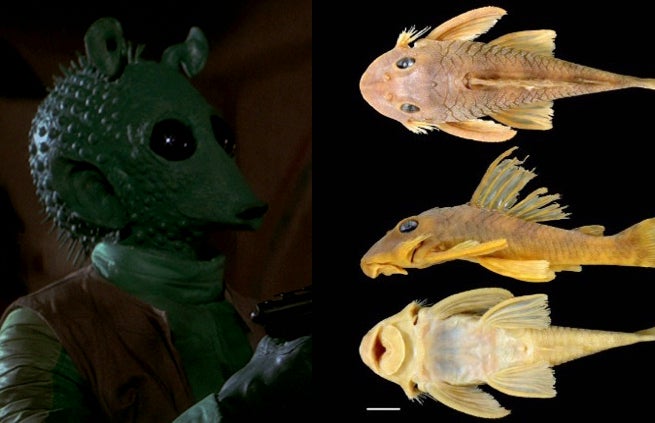 Star Wars' galaxy far, far away just hit a lot closer to home, thanks to a newly identified catfish species that looks surprisingly like Greedo the bounty hunter.

Officially classified as Peckoltia Greedoi, the galactic catfish has dark, buggy eyes, bristles, and lips just like Greedo, who appeared in Star Wars: A New Hope. As the Star Wars faithful remember, Greedo is the bounty hunter who tries hustling Han Solo in the Mos Eisly cantina.

While the catfish was officially discovered in 1998, it took scientists years to find an official classification for it. The fish fell in Jonathan Armbruster, a biological sciences professor and curator of fishes at the Auburn University Museum of Natural History in 2005. He initially classified them as Peckolita vittata in 2008, but later felt that fish looked too other-worldly for the designation. It was then that Star Wars burst into his mind.

"I think it was the whole package that evoked Greedo, but particularly the eyes and the underslung mouth," Armbruster told CNN. "As a 7-year-old kid, I watched "Star Wars" in the theater, and it was a life-changing experience for me…Greedo has always been a personal favorite of mine."

You can see Greedo (the fish) below. 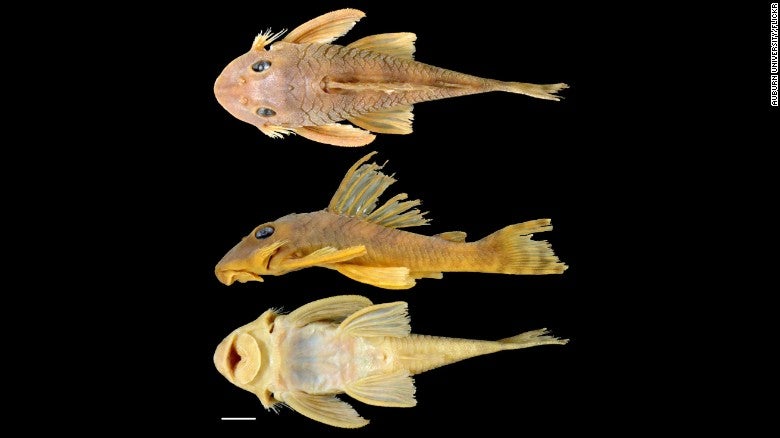 But for the record, this doesn't change the fact that Han shot first.