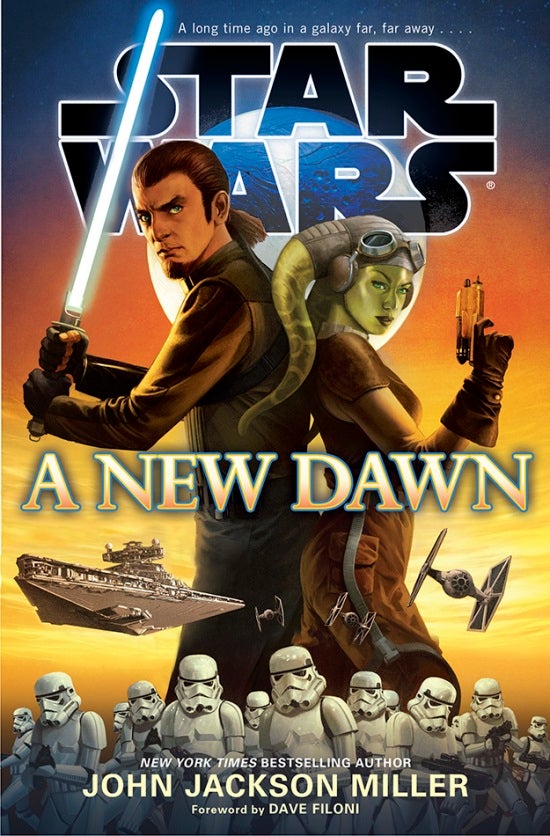 Following the announcement earlier today that reset Star Wars universe canon to only include Star Wars Episodes I-VI and Star Wars: The Clone Wars, Disney Publishing and Random house have announced the official relaunch of the Star Wars adult fiction line of books. Del Rey Books will begin publishing new adult fiction set in the newly minted Star Wars universe that will tie-in to the upcoming films in development at Lucasfilm The new line of books will be created by coordinating with the creative teams behind the films and the upcoming Star Wars television series and that coordination will be overseen by the newly formed Lucasfilm Story Group, responsible for making sure all Star Wars projects going forward maintain the consistency of the universe. This allows the new line of books to be considered official Star Wars universe canon, as opposed to previous Star Wars expanded universe fiction, which was developed separately from the films and therefore was less official and subject to change. "With the establishment of the Lucasfilm Story Group and our even greater focus on unified storytelling, we expect our entire publishing program to be stronger and more meaningful than ever before," said Jeanne Mosure, senior vice president and group publisher, Disney Publishing Worldwide. "We're extremely excited to kick off this new strategy with Del Rey Books." The first novel in the relaunched line will be the appropriately titled Star Wars: A New Dawn, written by John Jackson Miller. Set prior to the events of Star Wars Rebels, the upcoming animated series, A New Dawn tells the story of how two of the lead characters of the series, Kanan Jarrus and Hera Syndulla, came to cross paths. As an example of how Star Wars fiction will benefit from cross-coordination going forward, Miller was in contact with Star Wars Rebels executive producers Dave Filoni, Simon Kinberg and Greg Weisman, who together made sure the novel's story would fit into the Star Wars canon going forward. It is scheduled for hardcover and eBook release on September 2, 2014. "We're extremely proud of the hundreds of amazing Star Wars books we've published at Del Rey," said Scott Shannon, SVP, publisher, Del Rey and Digital Content, "And now we're excited to finally be able to call our upcoming novels true canon -- a single, cohesive Star Wars storyline -- all while keeping the amazing backlist of Star Wars Legends content in print." After Star Wars: A New Dawn, the new Star Wars fiction line will continue with the following titles in 2014 an 2015: STAR WARS: TARKIN James Luceno 11/4/14 STAR WARS: HEIR TO THE JEDI Kevin Hearne January 2015 STAR WARS: LORDS OF THE SITH Paul Kemp March 2015