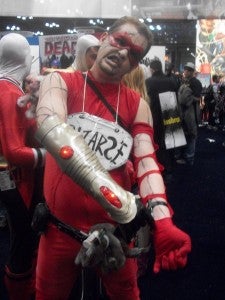 Today was a heavy day of panel coverage, as you saw with The Avengers and will continue to see over the next few days as we work our way through copious notes. That said, here are some images from the show, and tonight after the final day wraps we'll be uploading many, many more. [caption id="attachment_8554" align="alignleft" width="300" caption="The DC All Access: Superman panel featured (left to right) Shane Davis of SUPERMAN: EARTH ONE, Group Edior Matt Idelson, Mike Johnson and Mahmud Asrar of SUPERGIRL and Dan Jurgens, incoming co-writer and artist on SUPERMAN."] 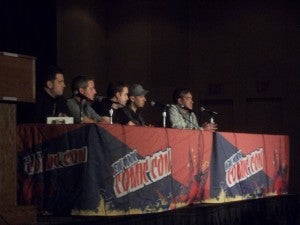 [/caption] [caption id="attachment_8555" align="alignright" width="300" caption="Jeff Smith, the creator of BONE and RASL, signs for fans at his booth on Saturday."] 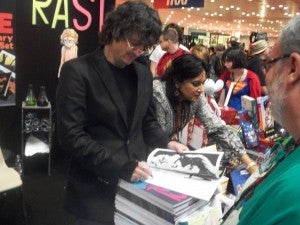 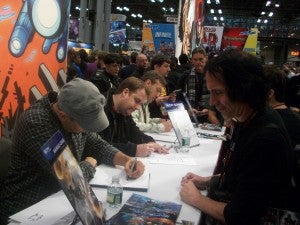 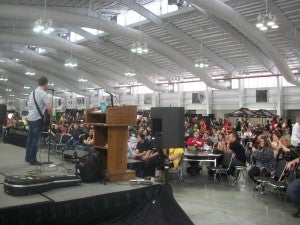 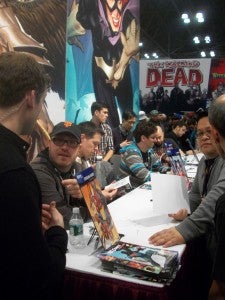