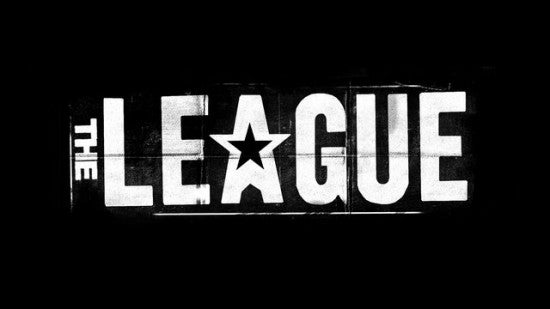 Appearing as a surprise guest at today's Image Expo, Nightwing writer Kyle Higgins announced that he will launch a new series based on concepts from his short film The League. C.O.W.L. is the series, short for "the Chicago Organized Workers League," co-written by his collaborator from the film Alec Siegel. "It's the 1960s superhero labor union of Chicago," Higgins told the audience in San Francisco. The League is led by a former hero named Grey Raven. 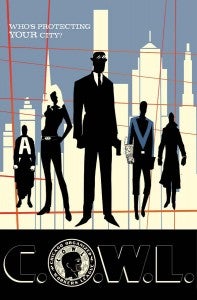 Although Geoffrey, aka The Grey Raven is the character responsible for first organizing the heroes under one banner, C.O.W.L., he's not the only character readers will get to know. "While Geoffrey is definitely a major player, both within C.O.W.L and within the story, the book is very much an ensemble piece, allowing us to explore C.O.W.L. from a number of different viewpoints," said Siegel. "These characters range from some of the "top tier" heroes, to members of the Investigations and Patrol Divisions. We've also got spouses, reporters, Chicago Police Detectives, jailers, and City Hall." "When the first issue opens, we watch the organization take down the last of the great villains that threatened the city. The question becomes, 'What now?'" Higgins said. "As someone who loves history, comics, and crime fiction, 1960s Chicago was always the perfect era for C.O.W.L. In fact, it's what got me to take the idea of organized superheroes seriously," said Higgins. "Between the politics and labor unions in Chicago, and the rise of Marvel Comics, the early '60s are one of my favorite periods in American History." "With this I project tried to play around a little with references for comics and illustration," explained Reis. "Stuff like '80s graphic novels, noir and '60s illustration, to create a fun and exciting way to tell the story." C.O.W.L. will be illustrated by Rod Reis, and is slated to hit stores in May 2014.

Nightwing's Kyle Higgins Announces C.O.W.L. At Image Expo, Based on The League