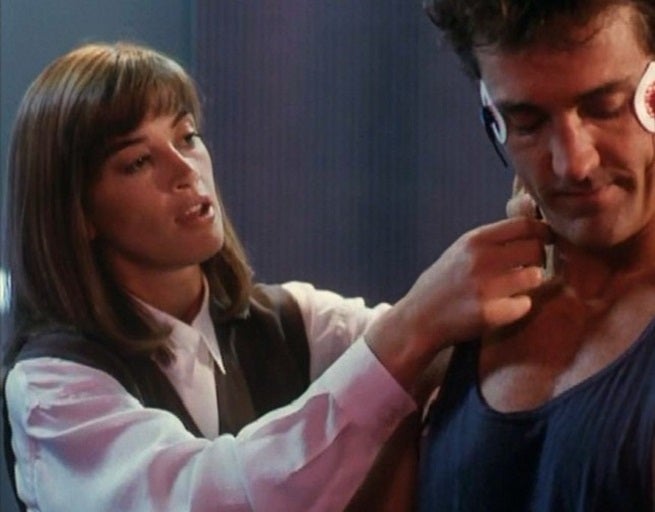 "When we decided to bring Tina onto our version of The Flash, who better to get than the amazing actress who originated the part?" executive producer Andrew Kreisberg told Variety. "Like with John Wesley Shipp, we are so proud and excited to have another actor from the original series join us on our new adventures for Barry Allen."

McGee will play a geneticist at a rival facility who wants to beat S.T.A.R. Labs to their understanding of Barry's biology. The other company, identified as a "tech firm" in the Variety story, seems likely to be Ameritek, a villainous organization on Steel comics and one spotted in an Easter egg-filled promotional poster for The Flash. If they wanted her to be somewhat less evil, they could just as easily have her work for Ray Palmer or Ted Kord, of course.

Kreisberg, who also executive produces Arrow and writes Green Arrow and The Flash Season Zero for DC Comics, was a studio intern back when The Flash aired on CBS in the '90s. Shipp has told the story that he apparently met a young Kreisberg back then, not realizing that one day he'd be working for the young man. Apparently, Shipp wasn't the only one nice enough to Kreisberg to justify being brought back.

McGee first appeared in The Flash (vol. 2) #3, which came out shortly after Crisis on Infinite Earths. She was mostly associated with Wally West, Barry's successor, in the comics since Barry died during Crisis.