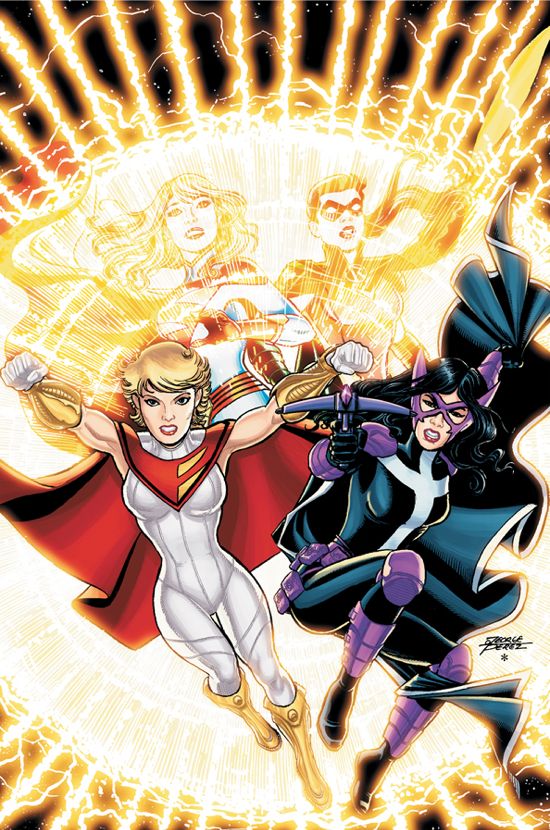 DC Comics has unveiled a brand new look for Power Girl, which happens to reverse the trend of female characters in revealing costumes. In what is almost an unheard of move in the comics industry, Power Girl’s costume is actually becoming more conservative, as the familiar oval opening revealing her cleavage appears to have been closed up. However, it could possible still be there and just hidden by the cape that now loops around to the front. 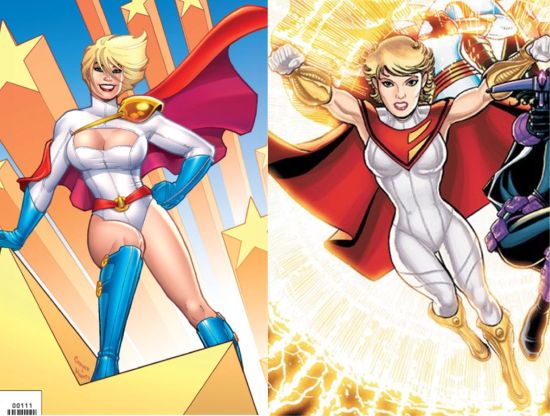 Power Girl’s new look is being hotly debated online, as some fans miss the open oval look. Wonder why? Other fans find the new more conservative look a step in the right direction. The new Power Girl will be featured with the new Huntress in the upcoming World’s Finest series from DC Comics. World’s Finest #1 is scheduled to be released in comic book stores in May 2012. The series will be written by Paul Levitz with artwork by George Perez and Kevin Maguire.

So what do you think of Power Girl’s new look? Is it about time that DC Comics came up with some more modest designs for their superheroines? Or is the new costume too much like a female version of the Supreme costume? 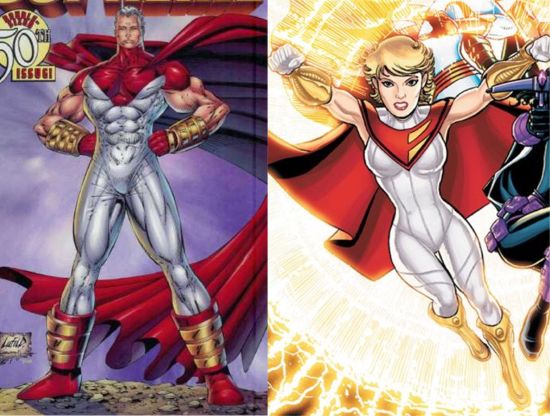