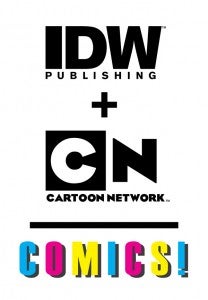 Coming later this year, IDW and Cartoon Network announced today that fans can look forward to new comic book adventures featuring The Powerpuff Girls, Ben 10, Dexter's Laboratory, Samurai Jack, Johnny Bravo, Generator Rex and more. In addition to the new stories, IDW promises reprints of classic Cartoon Network comic book material, which has traditionally been published by DC Comics. DC Entertainment and Cartoon Network are both owned by Warner Bros. "We are excited to partner with IDW to bring some of our most beloved and iconic brands and characters to life for fans of all ages," said Pete Yoder, Vice President of Consumer Products, North America for Cartoon Network Enterprises. "It will be a great opportunity to revisit and expand many of these great stories told in comic-book form, and we're excited to see what the creative team at IDW comes up with." Release details, specific titles and creative teams have yet to be announced.