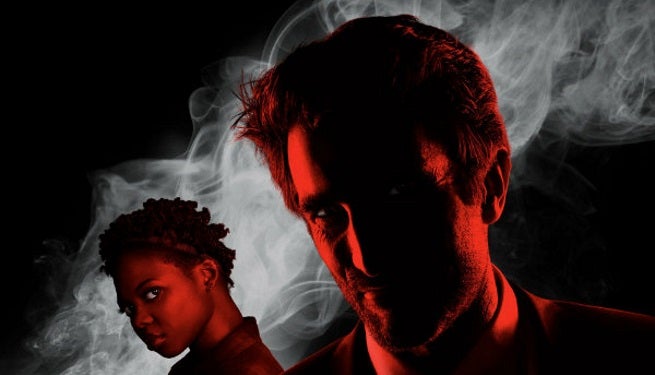 The first season of Playstation Network's Powers, based on the Icon Comics series by Brian Michael Bendis and Michael Avon Oeming, has wrapped production, according to tweets from numerous crew members.

Powers follows the lives of two homicide detectives, Christian Walker and Deena Pilgrim, who are assigned to investigate cases involving people with superhuman abilities, referred to as "Powers." Set amidst today's paparazzi culture, Powers asks the questions, what if the world was full of superheroes who aren't actually heroic at all? What if all that power was just one more excuse for mischief, mayhem, murder and endorsement deals?

Enter the men and women of the Powers Division, the brave people in charge of protecting humans like us and keeping the peace over commercialized, god-like men and women who glide through the sky imposing their power over the mortals who both worship and fear them.

As Season 1 wraps shooting on @POWERStheSERIES , #Triphammer is busy working to keep the world safe until Season 2. #FindYourPower

Powers is expected to launch on PSN this winter; there had been reports that an official start date would be announced on January 12, but they turned out to be incorrect.

Powers Wraps Production on Season One