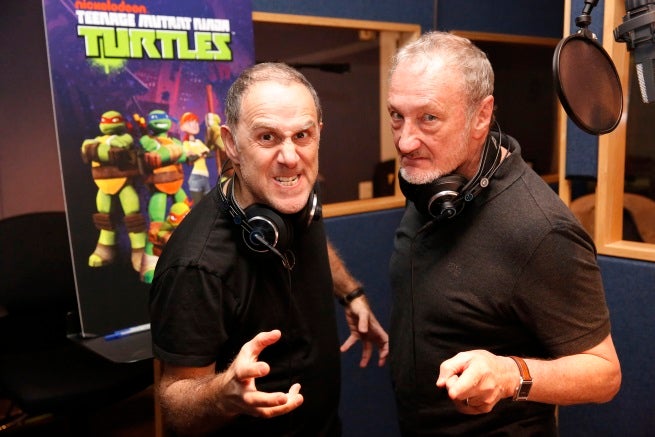 Robert Englund, best known as Freddy Krueger from A Nightmare on Elm Street, and John Kassir, the Crypt Keeper from Tales from the Crypt, will be guest voice actors on this Friday’s episode of Teenage Mutant Ninja Turtles, on Nickelodeon.

Englund and Kassir will voice three of the Dream Beavers. Englund will voice Dire Beaver, the leader of the group, and Dark Beaver, while Kassir plays Dread Beaver. The episode, titled “In Dreams,” sees each Beaver targeting a different Turtle using various methods, according to Nick’s press release. The Dream Beavers feed off dreams, and trap the Turtles inside their own dreams, so April and Casey must find a way to wake them up.

The Dream Beavers is a parody of Englund’s Freddy Krueger character, having the same dream invasion M.O., and wielding long, sharp claws, similar to Freddy’s knife glove. The creatures’ name also seems inspired by the song “Dream Weaver,” which inspired the original A Nightmare on Elm Street.