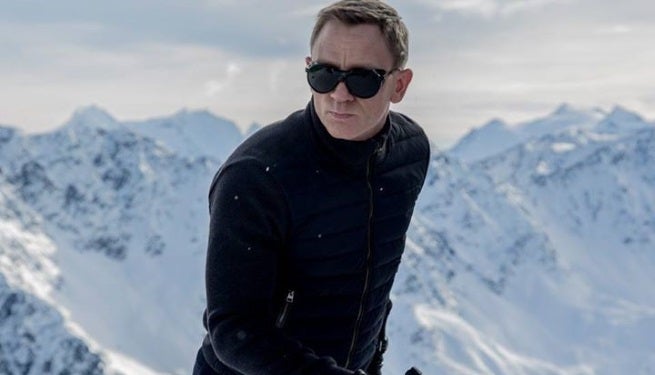 Among the films showcased, the highly anticipated James Bond sequel, Spectre, was among them. The audience was treated to a brief clip from the movie, followed by a montage teaser.

The scene started with Bond looking at the window in an apartment or hotel room. The doorbell rings and Eve Moneypenny enters the room. She hands him a package which is in the form of a black box. Bond offers her a drink, but she says she isn't staying.

Moneypenny asks what's going on with Bond. He tries to deflect, but she says, "What you did in Mexico was one step too far," adding that people think he is, "finished." Bond responds by asking if that's what she thinks. It's not. Rather, she thinks he has a secret.

Bond turns on a television screen and plays a video message. We won't reveal who the message is from, because it would be a big spoiler. However, the video message gives Bond instructions to kill a specific individual.

Moneypenny asks how Bond got this tape. He tells her it was mailed to him. Bond informs Moneypenny that he has been tracking his target but hasn't found anything. He is planning three days in Rome to track him, but first asks Moneypenny to do some digging for him.

After asking if Bond wants her to be his mole and receiving a positive response, Moneypenny asks how he can trust her. Bond says it's "instinct." In the next shot, he watches her walk down the street from his window.

Then, the montage played. In it, Bond is presses a woman against a wall and she says, "If you don't leave now we'll die together, Mr...?" He responds, "Bond. James Bond."

Finally, action sequences round out the footage. A plane bursts through snow, not in a crash landing manner, but almost as if it were being used as an enormous sled, followed by car chases with one car eventually have its tail end engulfed in flames.

Buddy Daddies Has Fans Sobbing Over Its Cutest Scene Yet

New Report on the Edge vs. Judgement Day Storyline Heading Into WrestleMania 39 Season