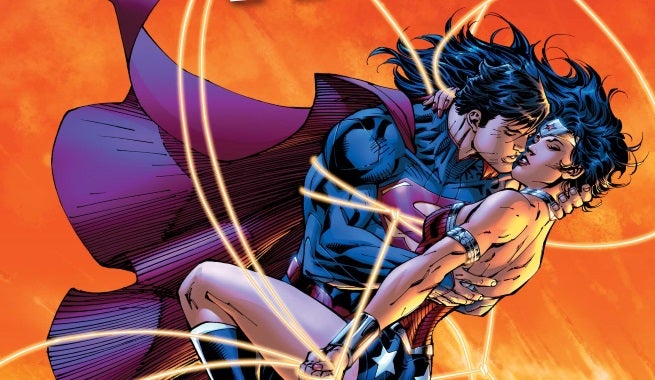 There are lots of changes coming to the DC Comics Universe in the wake of Convergence, and Superman and Wonder Woman's relationship is not immune.

SPOILERS for this week's Divergence preview of Superman/Wonder Woman to follow.

Supes and Wonder Woman have been the preeminent power couple of the DC Comics universe since the New 52 launched. Their relationship began in the pages of Justice League, but soon spawned its own series, Superman/Wonder Woman.

Well it seems that relationship has just moved into "it's complicated" territory, with five simple words spoken by Superman: 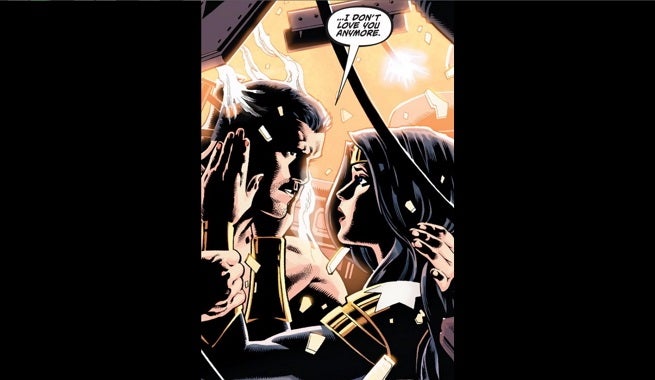 And that's how the comic ends. Superman/Wonder Woman is still an ongoing series, so there's obviously more here to tell. Remember that Superman has just undergone a dramatic and sudden depowering and has been behaving pretty erratically. In this very preview, he shows up at the Justice League's HQ covered in blood, sucker punch's the Flash, and then flies a ship into the heart of the sun – and that's all before he dramatically dumps the God of War.

Since comics now live in the shadow of the Hollywood juggernauts they've spawned, you have to wonder if this is also a move meant to align the current DC Comics status quo with that of the films. Perhaps Warner Bros. wants to go with the more storied and traditional Lois and Clark romance over the newer Superman and Wonder Woman angle, and DC Comics is repositioning their pieces to make that happen. We'll have to wait and see.

Spoiler Warning: A Change In Superman And Wonder Woman's Relationship?