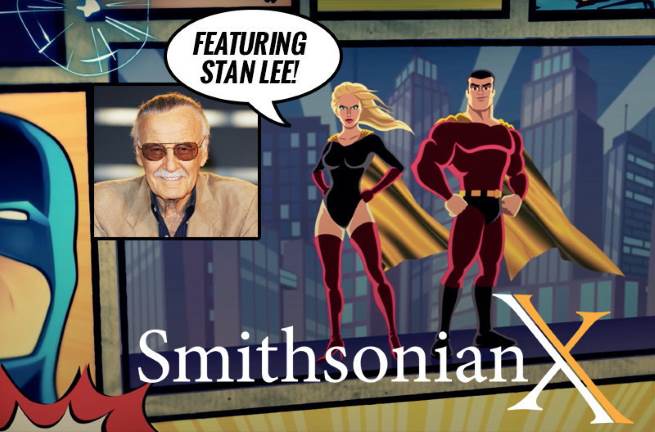 Stan Lee and Michael Uslan will teach a new online curse "Rise of Superheroes and Their Impact on Pop Culture," presented by the Smithsonian Institute via EdX.

Stan Lee is Chairman and Chief Creative Officer, POW! Entertainment and, of course, Chairman Emeritus of Marvel, where he co-created such superhero icons as the Fantastic Four, Spider-Man, and the X-Men. He'll be joined Michael Uslan, Professor at the Indiana University Media School and Executive Producer of the Dark Knight Trilogy, and David Uslan, a new media executive, for Rise of Super Heroes.

Students will study different perspectives of the history and cultural influences of the superhero genre, during its rise from comic books to a dominant place in pop culture. Learners who sign up for and earn a verified certificate in the course will receive a certificate featuring original artwork with both Stan Lee's and Michael Uslan's signature.

"It's a great honor being invited to share my views on the evolution of superheroes and the genre's overall impact across all generations of people," said Stan Lee in a press release. "Throughout my career, characters have evolved so much – from drawings on a page to other-worldly special effects only animation could produce, to live-action and so much more. I can't wait to dive into these discussions thanks to Smithsonian and edX."