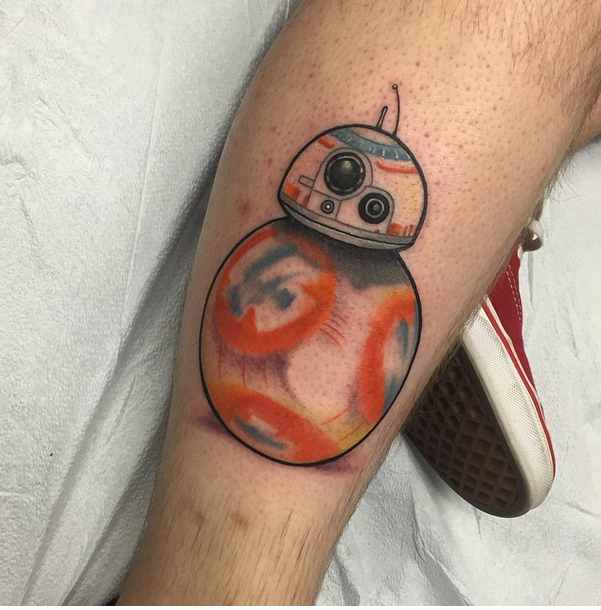 The race for the Ultimate Star Wars: The Force Awakens Fan has just begun, and we already have a clear leader.

While most fans were content to just make a tribute or spoof trailer, Arizona resident Jordan Breckon went above and beyond by getting the trailer’s new droid forever inked onto his flesh. As BuzzFeed reported, Breckon, 22, wanted to get the droid tattoo “the second” he saw it last Friday morning. Obviously, he wasted little time getting to it. The tattoo has become something of the Internet sensation, generating positive responses from fans and the Official Star Wars Instagram account alike.

As for Vader Haters out there who might scoff at the tattoo of the little droid? Breckon’s not worried about them, telling BuzzFeed, “Of course some people will hate and believe what I did is stupid, but that I already knew would happen as you cannot please everyone! In all I love this tattoo and all the love that it’s [received]. It is a great time to be a Star Wars fan!”

Yes it is, Breckon. Yes it is.

The tattoo's artist is Tyler Nealeigh, whose work you can check out on his Facebook or Instagram page. We bet he does a mean Wookie.

Expect to see many similar tattoos at theaters everywhere on December 18th, 2015, when Star Wars: The Force Awakens premieres.