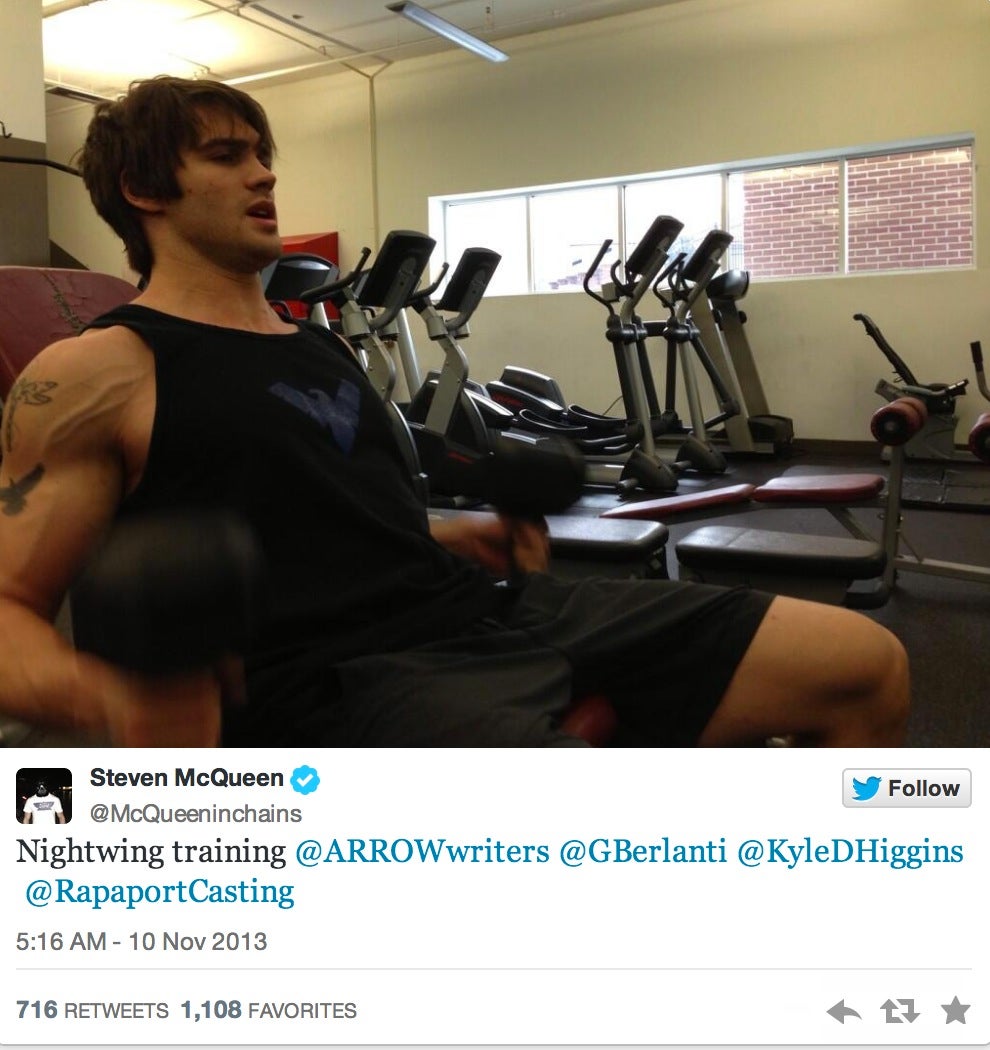 star Steven R. McQueen was wishfully joking when he repeatedly posted to social media and gave interviews saying that he was set to play Dick "Nightwing" Grayson on The CW's Arrow, the actor told The Wrap.

"I'm a comic book fan for sure; I've read comic books and always enjoyed them," he said. "There's one character, Nightwing, who's kind of Robin when he grows up and tries to make his own name and a path for himself. I think it's a great story that hasn't really been told. I worked with Greg Berlanti on a show called Everwood and now he's producing Arrow and jokingly I tweeted him, saying 'Hey, when are we going to see Nightwing?' And people started writing about it, there was a couple of articles, and I was like, 'Alright, I'm feeling pretty powerful. Let's keep putting this energy in the universe and see what happens.'"

He admitted that he still hasn't received a call about any potential Arrow role, and told his Vampire Diaries fans not to worry (for now), "but if I get a chance to play a superhero, I can't make any promises that I'm not going to run with it!"

Showrunners on Arrow have made it no secret in the past that they love Nightwing as well and would like to have the character appear on the show. Series star Stephen Amell has hinted that some Batman villains will appear on the series, and said that DC Entertainment is trusting Arrow with characters it wouldn't have previously.

Some fans have speculated that a recent, leaked casting call for a character most believe to be Blue Beetle (Ted Kord) might in fact be for Nightwing.

Both Arrow and The Vampire Diaries return to The CW in the fall.

Both series are expected to have a strong presence at next month's Comic Con International: San Diego.

Steven R. McQueen Was Joking About Being Nightwing On Arrow

Naruto Teases the Comeback of One Iconic Location

Marvel's Eternals Spoilers Have Fans and Disney Pleading for Discretion

The Witcher 3: Wild Hunt on PS5 and Xbox Series X May Be Releasing Very Soon