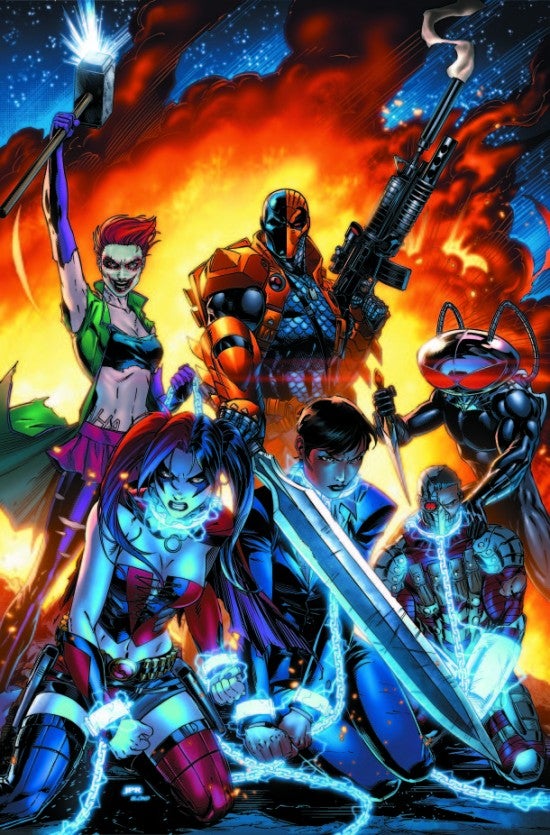 Amanda Waller's Task Force X, recently featured on on episode of the hit CW series Arrow, will get  a new #1 this summer as Suicide Squad relaunches from DC Comics. The title, launching as New Suicide Squad according to IGN, will launch on July 9 -- just before San Diego Comic Con International -- and will be written by Sean Ryan with art by Jeremy Roberts. The series will see Joker's Daughter, Deathstroke, and Black Manta joining the Squad while Waller deals with a new set of challenges including power struggles and less autonomy, according to the announcement. Deadshot and Harley Quinn will remain on the team. Combined with the rebranding of Justice League of America to Justice League United and the just-announced relaunch of Teen Titans, this marks a new chapter in the New 52 relaunch, where it's a bit more reminiscent of Marvel's "All-New Marvel NOW!" relaunch, dropping new #1 issues of books that are either currently being published or so recently cancelled that it's clear the immediate relaunch was always in the cards.

Suicide Squad to Relaunch in July From DC Comics