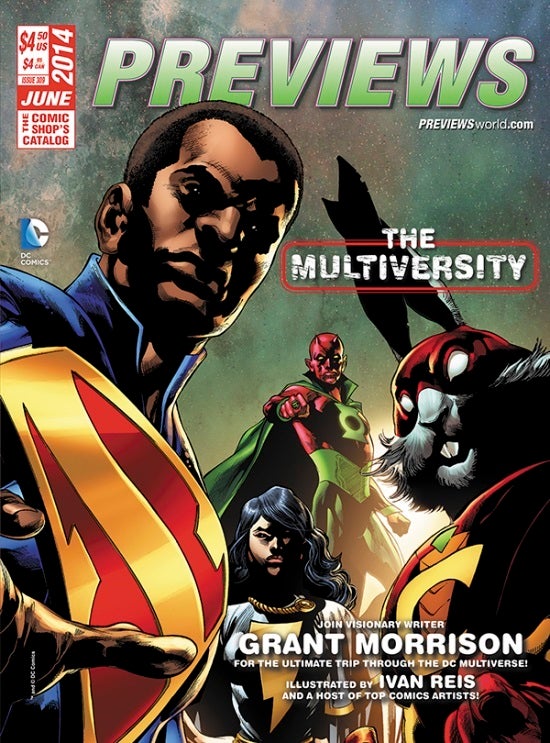 Big events from the "big two" publishers are featured on the front and back covers of the June issue of Previews. From DC Comics comes The Multiversity, the long-awaited, multiverse-spanning project from Grant Morrison. The series will feature a large cast of characters from across DC's 52 universes, including the Vampire League of Earth-43, the Justice Riders of Earth-18, Superdemon, Doc Fate, the super-sons of Superman and Batman, the rampaging Retaliators of Earth-8, the Atomic Knights of Justice, Dino-Cop, Sister Miracle, Lady Quark, the legion of Sivanas, the Nazi New Reichsmen of Earth-10 and – perhaps most interestingly - the latest, greatest Super Hero of Earth-Prime: You. The series will tell six complete stories plus a two-part framing story and also feature guidebook to the Multiverse. The series promises to put You, the reader, on the frontline of a battle for all creation against a demonic race known as the Gentry. Seems Morrison is staying true to form, using non-traditional narrative and meta-textual messages to draw readers into the story. In The Multiversity #1, featuring art from Ivan Reis, President Superman of Earth-23 uncovers a threat to all Reality so apocalyptic it will take a team of incredible heroes from across the Multiverse to face it – including Captain Carrot. The issue hits shelves August 20. 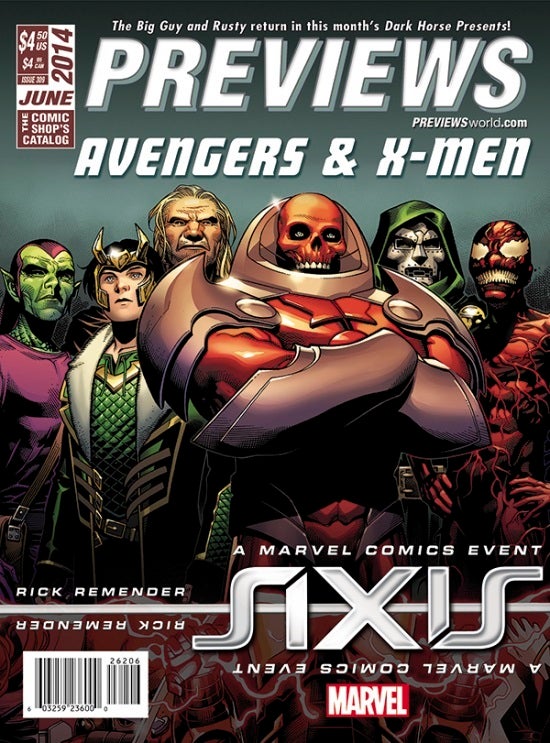 The back cover features Marvel Comics' big fall event, Axis. The series will star both the X-Men and the Avengers and a sizable cast of villains. The series is written by Rick Remender and spins directly out of his Uncanny Avengers series which first attempted to bring the Avengers and X-Men together after the events of Avengers vs. X-Men. Not much is known about the exact plot of the series yet, but it will see the X-Men and Avengers teaming up against an "Axis of Evil" led by Red Skull (still in the form of the Red Onslaught), and also including Sabretooth, Doctor Doom, Loki, Green Goblin and Carnage. No artist has been announced, but the cover is drawn by Jim Cheung. No release date for Axis #1 has been released yet, but it is expected to ship in August. The June issue of Previews will be in comic shops May 28.

The Multiversity And Axis Featured In June Previews Catalog

Inside Amy Schumer Returns After 6 Years With Season 5 Trailer