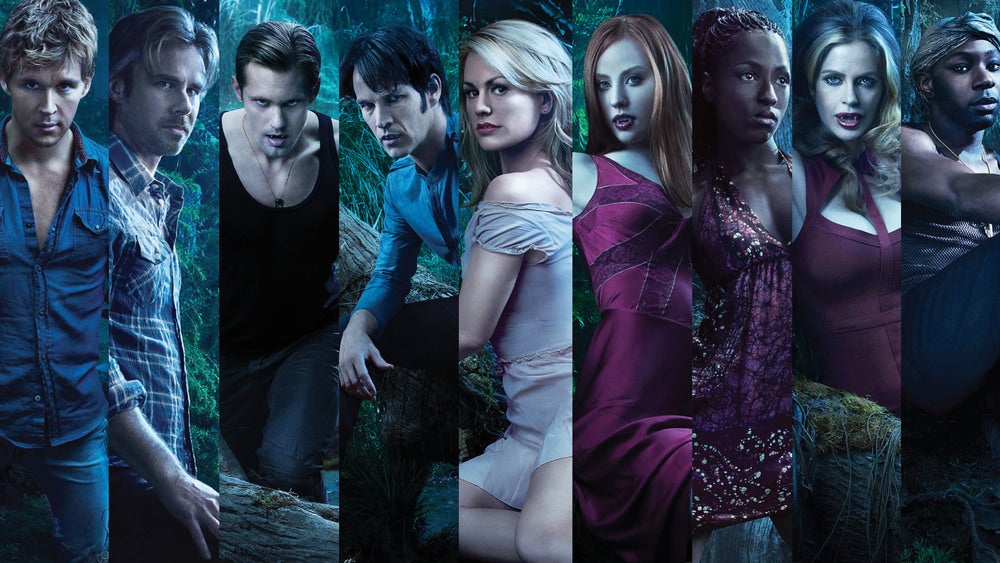 Warning: Spoilers ahead for tonight's episode of True Blood.

In the opening minutes of tonight's episode of True Blood, at least one (and possibly two -- what happened to Kevin?) cast member who had been with the show from the start was killed during the H-vamp attack on Bellefleur's.

Entertainment Weekly caught up with actress Rutina Wesley, who revealed that yes, her character really did die this week, so you can quiet your conspiracy theories...

...kind of. She added that dead doesn't always mean gone on True Blood.

"I think it's great. I think somebody had to go," Wesley said. "To have a main character right off the bat go, that's gonna bring everybody into the show. It's like, 'Okay, and the show has started.' It's kind of like the catalyst for everything else that's gonna probably happen—I don't know what's gonna happen, because I didn't read anything else because I want to be surprised. I think it's kinda cool that the last time you see me, it looks like I'm gonna win the fight, and then you cut to Lettie Mae. Me and that vampire went at it, and unfortunately, he wins. [Laughs] They've given me such an incredible journey on this show that I've never had any complaints about what they've written for me. So when I found out, I was just like, 'Okay, great. Let's get it started. This is the final season. We can't all make it to the end.' You wouldn't have a show. There wouldn't be any drama. It wouldn't be True Blood if somebody didn't die."

Pressed to address the issue of Lettie Mae (Tara's mother) apparently seeing visions of her daughter, Wesley added that "She's dead. But I can tease that dead doesn't always mean gone on True Blood."