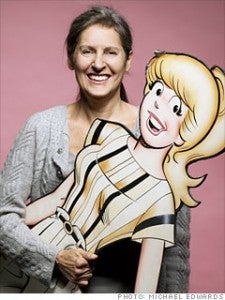 All may not be sunny and friendly dances at Riverdale High.  The co-CEO of Archie Comics Nancy Silberkleit had a temporary restraining order placed upon her by a federal judge this week, a response to a lawsuit from Archie Comics as a whole.  The original lawsuit stated that Archie Comics wanted Silberkleit to take on a less active role in the publishing of the various comics produced by the company.  Under the restraining order, Silberkleit is prohibited from even entering the offices of the company.  Originally, Archie Comics accused her of mistreating employees through bullying and harassment.   In 2011 an outside firm was brought in to investigate the rumors of intimidation and verbal abuse laid against Silberkleit and they found "a serious problem in the company," according to MSNBC.  They even went on to suggest that Silberkleit should have no contact with the company or its employees.  Employees of Archie Comics mentioned feeling unsafe and afraid for their careers under her watch, and several reported Silberkleit making crude sexual remarks about them, even suggesting that some employees got their jobs based on physical attributes.  The battle may not be over, as Silberkleit has accused Archie Comics of going on a mud-slinging campaign against her.