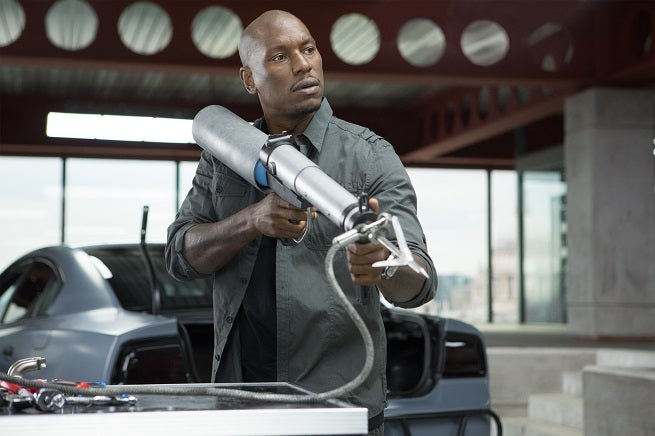 It's been years since Tyrese Gibson was rumored as John Stewart in a Green Lantern movie, but don't tell that to the Fast & Furious actor, who today posted a piece of fan art of himself in the Green Lantern costume to his Instagram account.

The caption: "Rumor has it that."

Immediately and unsurprisingly, the Internet lit up with speculation that he could actually be teasing a role, rather than responding to genuine rumors.

Rumor has it that.

The most likely culprit -- or at least the one most likely to be cited? The old "my social media manager thought it would be cool, and I didn't realize it would go viral." We've heard that from Robert Downey, Jr. a couple of times.

Whatever the case, Gibson's image is making the rounds, having been shared about 23,000 times in the hours since it was posted.

Green Lantern is expected in theaters in 2020, though most rumors suggest that the new Green Lantern will be introduced in the third act of Justice League Part One in 2017. The character is, thus far, the only member of the Justice League without a casting announcement attached.