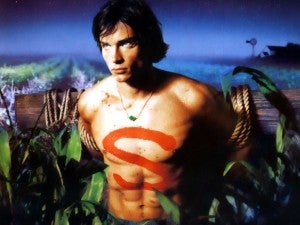 When ComicBook.com recently looked at TV shows that should continue as comics, a number of readers both here and on Facebook left interesting suggestions as to what could be added. Something interesting happened during that conversation, though; the idea of DC's TV universe (which of course is likely to change at some point with things like The Spectre and Booster Gold coming soon to the small screen) and whether those stories can be used to set up comics based on TV shows that are loosely based on comics. Smallville is the largest and most obvious example of this--not only because it lasted for so long and ended in a perfect jumping-off point for a series to grow from but because it ended on its own terms and so recently. The WB/CW Superman series, of course, created a continuity all its own, including incorporating Smallville-ified versions of many DC Universe characters, which could be used to hold together a line of comics based on that continuity, which would allow writers a little more freedom than those operating in the larger DC Universe of the New 52 (think the early days of Ultimate Marvel). The end of Smallville allows for a retelling of the early days of the Superman myth, but with a twist: Lois knows who Superman is, and is in love with Clark, but has to play down to type. It gives Lois, one of the strongest, smartest female characters in comics, her due in a way that it's very difficult to achieve while still retaining the old "love triangle" element that DC seems hell-bent on re-establishing. Spinning out of that world, of course, was Mercy Reef. Playing off the Aquaman and Mera appearances in Smallville, a pilot was developed in hopes of creating a show that did for Arthur what Smallville did for Clark Kent. It never happened, of course, but the pilot was well-liked by fans who found it on the Internet and it was widely circulated on iTunes and by digital pirates. Pirates, eh? Sounds like a good opening arc for a water-based superhero comic...! A third likely candidate for such a comic would be Human Target. Based loosely on a DC (then later Vertigo) comic book, Human Target had a great first season on Fox which suffered in the ratings and resulted in a radically-retooled second season intended to pick up new viewers but which only gutted much of the show's appeal and left viewers who had been with it all along feeling alienated and bored. When it was canceled after two seasons, few were upset and even fewer were surprised. Still, there were a couple of fans who argued that a comic book adaptation of Human Target, eschewing much of the second season and using the best parts of the concept, could still be differentiated from its comics counterpart and play off the promise of the show. Certainly there have been some other comics-based TV shows that might qualify for this approach, including the briefly-popular TV versions of The Flash and Witchblade, but having not seen those shows (or at least not in years), it would be difficult to speak with any authority on their appeal. What examples can you readers come up with? Chime in below!

What About Comics To TV To Comics?

Critics Choice Awards Nominations Include House of the Dragon, Andor and More

Stranger Things: Metallica Reveals Why They Let Netflix Series Use "Master of Puppets"