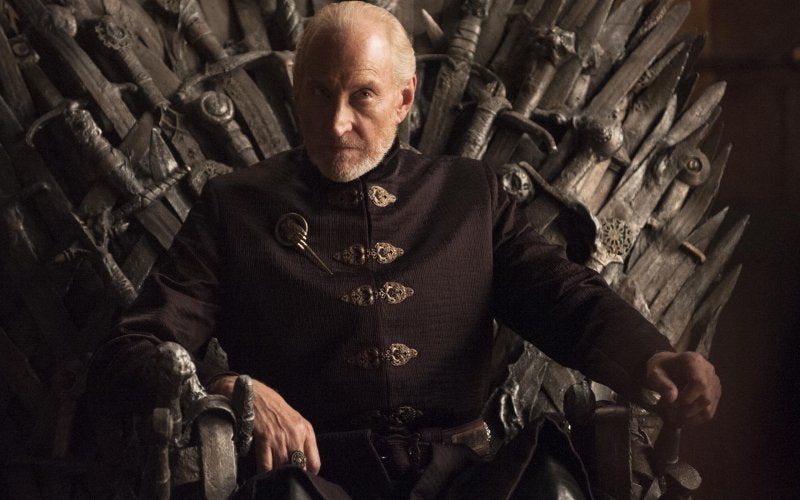 In an interview with The Daily Beast, Charles Dance revealed that there is active discussion about a possible Game of Thrones movie.

"There's talk of eventually trying to do a feature film, but I don't know which of the storylines," says Dance, who plays Tywin Lannister in the HBO series. "There's so much to cram into a film."

That's not a lot to go on, but there are a lot of possible directions they could take with a film. Perhaps they use a feature film as a series finale, but it's hard to speculate on that since the series' ending hasn't been written yet. Of course, Game of Thrones made clear last season that they're not going to be slavishly devoted to George R.R. Martin's novels, so perhaps they'll just take things in their own direction anyway.

Another possibility is a prequel film, maybe adapting Martin's Tales of Dunk and Egg series of novellas, which tells stories of the young, future king Aegon V Targaryen  and future Kingsguard commander Ser Duncan the Tall, set 90 years prior to Game of Thrones. Or, they could focus on other major historical events from the world of A Song of Ice and Fire, perhaps a film about Robert's Rebellion, or one of the other major wars in Westeros.

A feature film finale might be an awkward stunt to pull off for a television series, even a prestige, premium cable series like Game of Thrones. On the other hand, a prequel doesn't leave much room for the series' most famous characters to appear.

Game of Thrones will return for its fifth season on HBO in 2015.

A Game Of Thrones Movie Is Being Discussed

The Wheel of Time Has Its Own Twitter Emojis Now