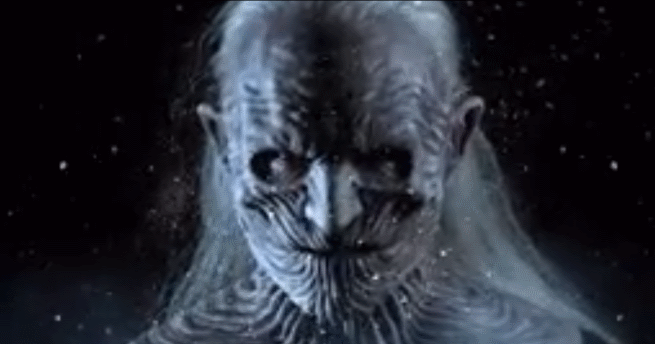 Composite Effects is teaming with HBO to create a line of high-end, realistic silicone masks based on Game of Thrones.

The first item in the new line will be a set of White Walker mask, gloves and torso which, when worn together, turn the wearer into a screen-accurate recreation of the creatures from Game of Thrones Seasons 3 and 4. The suggested retail price will range from $640-$1590 for each individual piece, and from $1300-$2960 for a complete set.

"It is an honor and a privilege to be working with HBO," said Diana Branton, CFX's Chief Creative Officer. "Releasing one critically-acclaimed, hit series after another, HBO's reputation for exemplary choices is unquestionable -- CFX is proud to be counted among them."

CFX's work in props and masks has been seen on television and in films, such as Treme, 2 Guns, CSI: Miami, Universal Soldier: Day of Reckoning, The Campaign, Twilight: Breaking Dawn, The Last Exorcism, Smothered, Search Party and others.

"CFX has a well-deserved reputation for creating top-of-the-line masks and prosthetic pieces for hit series and films," said Jeff Peters, HBO Global Licensing Director. "When they approached us about creating a White Walker set, we were very impressed with their capabilities and instantly knew that they would deliver a product that Game of Thrones fans would be very excited about."