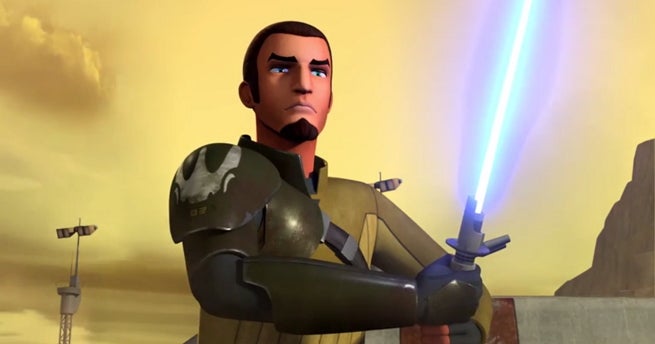 Lucasfilm has released a new, extended trailer for Star Wars Rebels, the upcoming Star Wars animated series that will air on Disney XD.

The trailer firmly sets the series between the events of Revenge of the Sith and A New Hope, by using a holocron message from Obi-Wan Kenobi, in which the Jedi warns of the fall of the Republic and the Jedi Order.

The trailer shows Kanan, the "cowboy Jedi", meeting with Ezra, a force sensitive orphan. Their stories, as well the stories of the other crew members of the Ghost, will reveal how the Rebel Alliance first formed.

In Star Wars Rebels, the Jedi have been wiped out and the Empire spreads tyranny through the galaxy. Hope runs thin. But on the small planet of Lothal a big change is looming. A group of rebels meet a 14-year-old con artist named Ezra and soon it's clear their destinies are linked. Aboard their ship, the Ghost, Ezra and the rebels embark on an adventure to ignite a rebellion and strike back against the Empire.