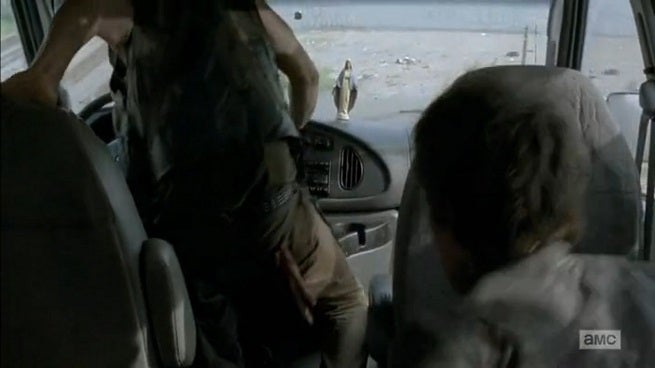 Not only did last night's episode of AMC's The Walking Dead feature Morley cigarettes, a brand that's shown up on series like The X-Files and Breaking Bad (lots more, too, for decades now, but those are the ones most people caught it from), but it also featured what some fans online are thinking was a sly reference to ABC's LOST as well.

A Redditor noticed that just before the van flipped over during last night's airing of "Consumed," Daryl and Carol strapped themselves into a van that they were facing a small statue of the Virgin Mary on the dashboard. 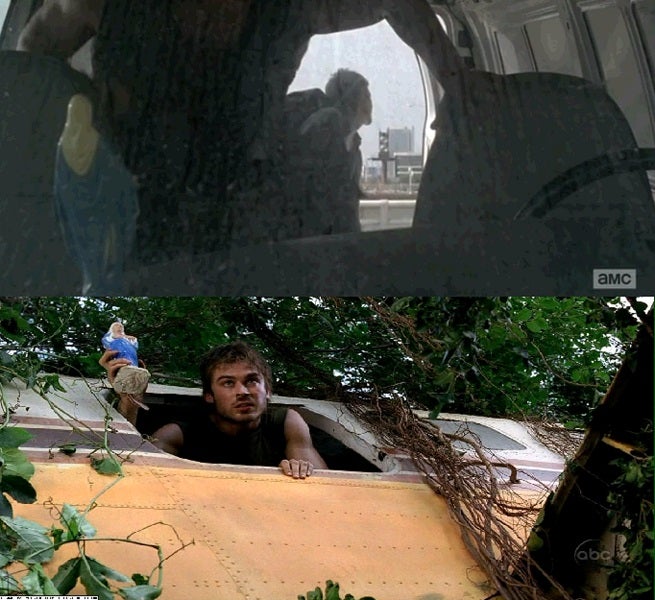 That's not all that uncommon, of course; whether it's Jesus, Mary or a saint, dashboard totems do exist. What was notable about Mary, in this instance, was its resemblance to a statue that appeared on LOST -- specifically, in an episode where Boone found an abandoned plane, with a cache of Virgin Mary statues in it. The plane tipped over a cliff and flipped in much the same way the van did on The Walking Dead.

You can check out the images captured by Reddit at right.

Of course, coupled with the presence of the Morley cigarettes -- a staple of the Tommy Westphall Universe -- a LOST nod feels very...dreamy...doesn't it? Good think series creator Robert Kirkman recently denied that long-standing theory outright.