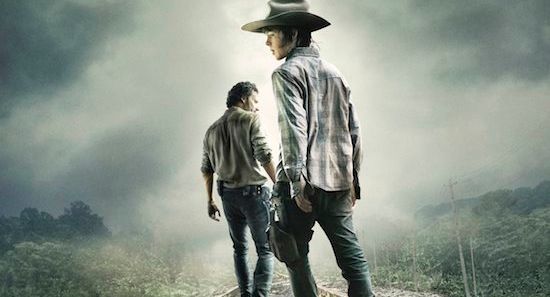 AMC have released a new video in support of the upcoming midseason return of their ratings smash The Walking Dead. You can see the video embedded below. Based on the Image Comics/Skybound series of the same name from writer Robert Kirkman and artist Charlie Adlard, The Walking Dead's 2014 premiere will pick up following the events of the traumatic midseason finale, which saw our survivors lose their home and some of their number in a final battle with The Governor. According to the official description, "Following the devastating events of the mid-season finale, Rick and the group are still reeling from the loss of their home, family, and friends. With the destruction of the prison, we see the group of survivors broken apart and sent on divergent paths, unsure of everyone else's fate. What was a challenging life behind fences and walls grows that much more perilous and precious as they are exposed to new dangers, new enemies, and heartbreaking choices. They will have their faith thoroughly tested -- a faith that breaks some of them and redeems others."